The lowest cost producer in any commodity always wins.  It really is that simple.

And that’s why I’m long 150,000 shares of Christina Lake Cannabis—CLC-TSXv/CLCFF-PINK.

I’m about to explain to you how much I like management, the business model, the upcoming catalysts and yes, even the Canadian cannabis industry – but after 30 years of investing in natural resources, I can tell you in plain English that the low-cost producer ALWAYS wins.

And I think that’s about to become very apparent with Christina Lake Cannabis.  Their news flow over the coming weeks will prove to the market they are one of the best teams with the best products in the sector.

I expect to be a VERY happy shareholder in the very near term (disclosure—my cost base is 70 cents).

I’m not telling you anything out of school here; this is all very simple to figure out on your own from public documents.  They’ve brought in a bumper crop of cannabis, they’re extracting now and first sales will be happening soon.  That’s just how the annual business cycle works.

With a low-cost outdoor growing facility and a high-powered sales team with a lot experience in the Canadian market, they should be showing millions—and likely tens of millions—of dollars in revenue this year.  (I’ll show you the numbers below.)

And if they manage their finances as well as they do their outdoor grow, then I would even hope to see some positive cash flow.  I’m not saying that WILL happen—but CLC was NOT part of the first wave of grow-ops who overbuilt production facilities and are now saddled with huge writedowns and debt.

With no physical or financial baggage, shareholders can reap the rewards of management’s lean operating structure.

Canadian cannabis is still a lucrative business, despite the headlines.  I mean, most of these cannabis stocks have been on a major run up since the US election in early November. It’s not like I’m fighting the tape here.  But to get the best performing stocks, diligent investors just have to know where to look.

Example: one of the top cannabis oil extractors, The Valens Company, (VLNS-TSX) just made national headlines in Canada for having a fire sale on their inventory—that’s a big negative headline right?  Yet they reportedly were still selling their cannabis oil for $7,000 per kg or $7/g.

Yes, prices are slowly coming down and yes there is an oversupply—but if $7/g is fire sale and regular sales are still $9,000 per kilo and higher—outdoor growers who are vertically integrated (i.e. do their own oil extraction) like Christina Lake should be laughing all the way to the bank.

At least, that’s the bet I made when I bought this stock.

The very first reason Valens gave for their writedown & exiting the business was “(1) the anticipated increase in outdoor cannabis volumes..” That would be Christina Lake.

And experienced cannabis investors will remember back at the 2017 high (pardon the pun) that everyone said indoor grow was the only way to go—history has proved that to be a big mistake. 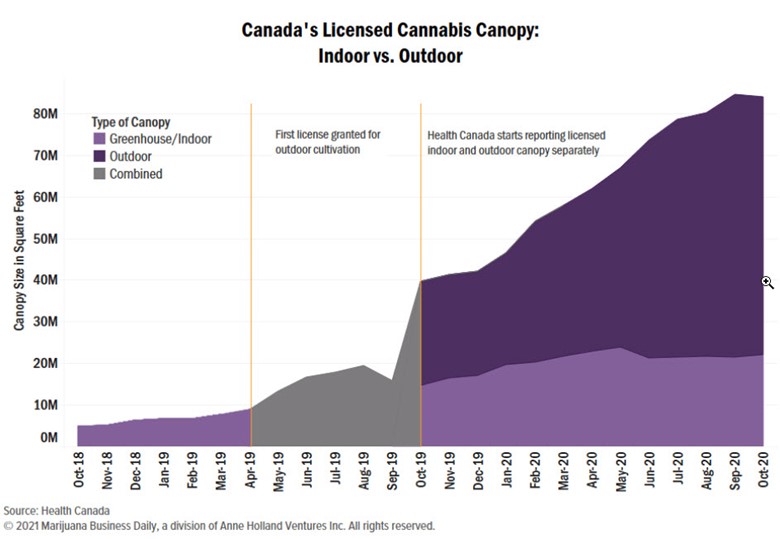 Indoor growing costs are MUCH more than outdoor. Second wave producers like Christina Lake get to benefit from those growing pains (so many puns here!).

CLC is one of the top outdoor growers of cannabis.  We know that already because they have mentioned several times that they had a bumper 2020 crop at their site in south-central B.C., literally just a couple miles from the US border.

They expected 15 tonnes of biomass and got 32 tonnes. (I don’t have room here to explain why the climate at Christina Lake is the best in Canada for cannabis, but it is.) 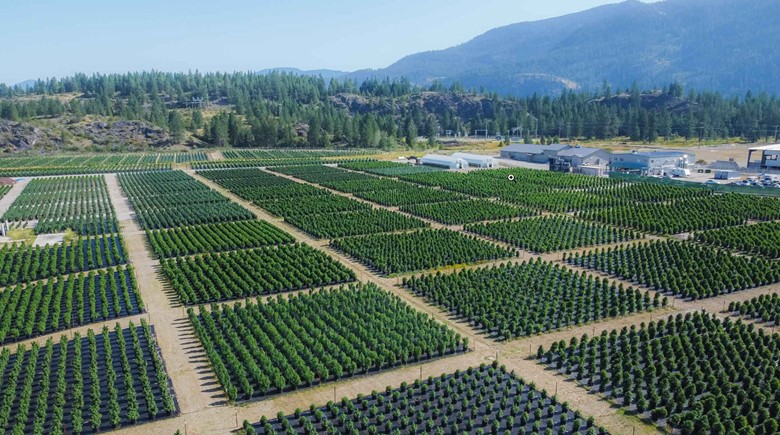 If you get to spread your growing costs over 32 tonnes instead of 15–that cuts your input costs by A LOT!
Once processed, CLC expects to have about 2,500 kg to 3,000 kg of high quality, high-THC distillate.

They believe they can sell the oil for $5,000- $8,000 per kg.  If they can get those prices, it would equal ballpark $25 million of revenue.  Certainly the Valens experience would suggest that is very achievable.

The question is—how low can they keep costs. When I talk to CEO Joel Dumaresq and Milan Stefancik, Director of Sales and Marketing, they don’t want to talk specifics—but they will say that their biomass input costs are no more than 20% of the industry average.

To further reduce costs, CLC does their own extraction–right on site.  They have a state-of-the-art Vitalis CO2 extraction machine.

Before they can start selling their product—which should be happening within weeks—they have to get it certified; they get an independent Certificate of Analysis (COA) which tells customers what’s in it and how potent it is.

This is very important—and it has to happen BEFORE first sales.  To me, that would be Big News for investors; a big de-risk.  One of the main reasons that cannabis companies are going bankrupt is because a) they over capitalized and b) their product is not very good!

Valens admitted in their press release they had a lot of inferior product—and you can say that is anything less than 90% THC content.  As the industry has matured and innovated, new equipment is doing a better job creating better cannabis products.  AND…customers are getting a lot more discerning.

Days ago, Bloomberg news quoted Peter Machalek, vice-president of sales and partnerships at TREC Brands, parent of both Thums Up and Wink as saying “You can’t give away mid-range THC product for a buck now. The market has become much more sophisticated, following what the consumers are demanding.”

The Market demands high quality now. If your cannabis oil doesn’t have 90% THC, there’s a good chance your company won’t be here next year.

And the market will soon find out what CLC has, as its COA’s start to roll in on the various strains that it produced last year.

Then it’s up to Stefancik and his team to sell it.  Stefancik has been selling Canadian cannabis for a long time, and knows all the players. He was formerly at Aurora (ACB-TSX), managing Alberta at it’s most rampant expansion, and then he moved up to a national sales director role there. He says the issue isn’t finding customers for your product, but rather finding the right customers.

“Given our great quality and low cost, we will have no trouble finding customers,” says Stefancik.  “Because we’re starting with such low cost, our extraction effectively allows us to be profitable at very low prices.
Ideally he says, 10 large customers each taking 10% of his product keeps his operations lean.

He is expecting demand to continue to curve up. Stefancik points out that the Ontario government –which is pretty much half the Canadian market, has said they will approve 80 new retail stores a month—or almost 1000 in 2021 (https://www.agco.ca/status-current-cannabis-retail-store-applications).

CLC can grow organically by expanding their acreage at Christina Lake.  But Dumaresq says they will only grow as the market allows—they are not going to make the Big Mistakes that the first wave of producers did.
In conclusion—you can read between the lines of what management is saying to determine their costs are 10-20 cents a gram, vs. industry average of $1-$1.50. If CLC isn’t the lowest cost producer, they’re certainly in that top decile.

As more outdoor grows sprout up, that average cost will come down. I get all that.  This is a business and there will always be competition.

But CLC will already have proven products, customers and track record to keep market share.  The team is experienced.  No big salaries here (unlike the first wave of CEOs). They can grow prudently.

I like all that, and I like that the first crop is already in.  Almost all the risk is gone here for the next few months.  Big seasonal catalysts are coming up—COAs and first sales—that should establish them with both the cannabis players and investors. That should be an inflection point for shareholders.

And nobody knows this story.  There’s no research coverage here yet on Christina Lake Cannabis. Everybody is blinded by the negative headlines—yet the charts of the Canadian leaders keep going up right now.

They’re funded. They have no financial baggage or excess inventory.  They’re on the cusp of revenue. There’s lots of near term catalysts.  I think CLC has a great shot at being one of my biggest wins of 2021.