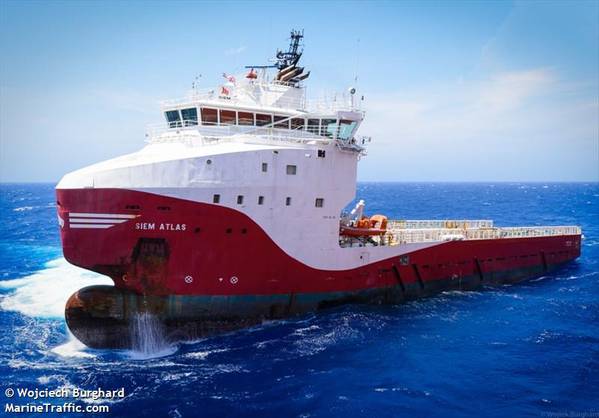 Siem Offshore said on Friday that, apart from the two firm two-year deals for the PSV Duo, Total’s Brazilian subsidiary Total E&P do Brazil would have 2 yearly options to extend the charters.

Both vessels will start the contract in September 2020 in direct continuation of the present contract.

At June 30, 2020, Siem Offshore’s fleet consisted of 33 offshore vessels, nine of which were deployed in Brazil, including the Siem Giant and Siem Atlas, both  87.90 meters long.

Both vessels have been operating in Brazil since their deliveries. Both built by Vard shipyard in Niteroi under the PSV 09 CD design, Siem Atlas was delivered in 2013, and Siem Giant in 2014.

According to VesselsValue, the two vessels have over the years worked for only two companies – Petrobras and Total.