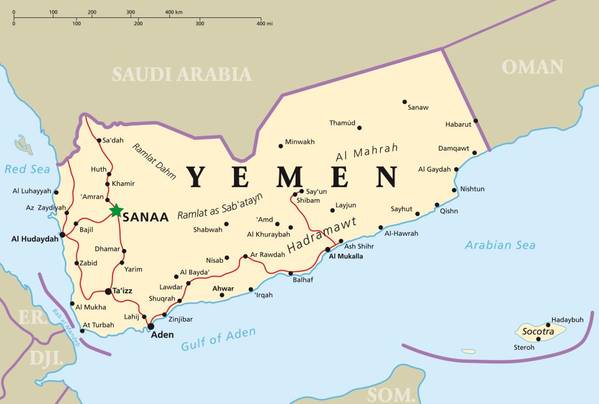 The Saudi-led coalition fighting in Yemen intercepted and destroyed an explosive-laden drone at Saudi Arabia’s Abha international airport and a remotely controlled explosive-laden boat in the south of the Red Sea both launched by Iran-aligned Houthis on Sunday, Saudi state news agency (SPA) reported.

As a result of intercepting the drone, some splinters fell on the airport, causing no injuries or damage, coalition spokesman Colonel Turki al-Malki said, according to SPA.

“The coalition will continue to implement all rigorous deterrent measures against this terrorist militia and neutralize and destroy such capabilities that pose a threat to regional and international security,” al-Malki added.

The Houthis have not claimed responsibility for the attacks.