UK-based oil and gas company has won three offshore licenses as part of the UK’s 32nd Offshore Licensing Round. The round offered for award 113 license areas over 259 blocks or part-blocks to 65 companies.

Premier Oil said that the blocks awarded were near its operated assets, the producing Catcher oil field, and the under-development Tolmount field area.

“The 3D seismic data acquired across the Greater Tolmount Area in 2019 covered a significant area across the awarded adjacent licenses.  The final processed data from that survey was received in Q2 this year and Premier is now maturing a number of leads and prospects previously identified on the new blocks which, in the success case, could be developed via the Tolmount infrastructure,” Premier Oil said.

Premier, together with its joint venture partners, Cairn, MOL and Dyas, was awarded Block 28/9f adjacent to its Catcher Area fields.

“Block 28/9f contains the Cougar and Rapide prospects, which are being evaluated as potential tie-backs to the Catcher Area facilities,” the company said, adding there are were no drilling commitments associated with these awards.

Dean Griffin, Head of Exploration, commented: “We are delighted to have been awarded the block next to our Catcher Area fields as well as the blocks adjacent to the Tolmount field, given our pre-investment in the extended 3D survey there.  These awards provide significant opportunities to create value and to extend the life of these core assets.” 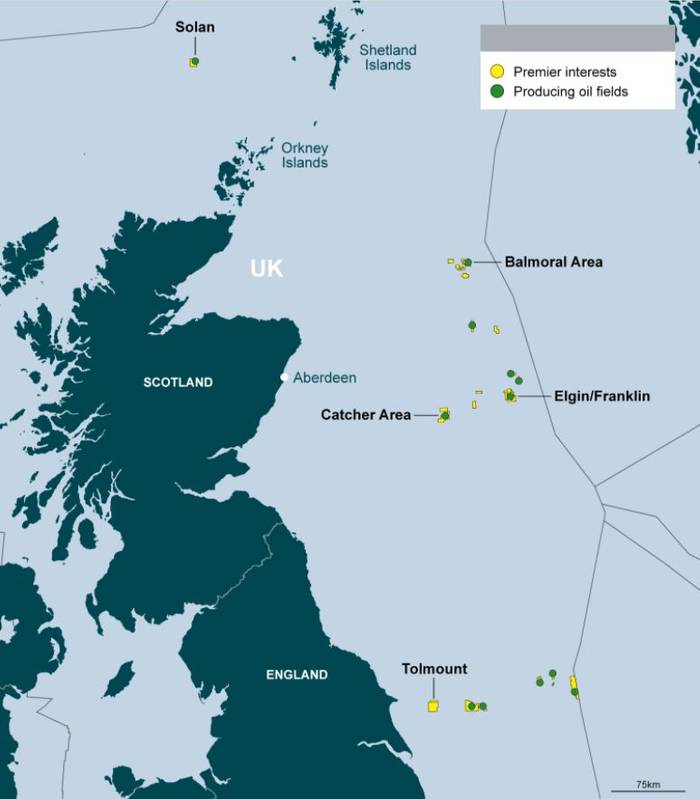 “JOG understands that this part-block will be incorporated within Licence P2498 (Blocks 20/5a & 21/1a) awarded to JOG in the OGA’s 31st Offshore Supplementary Licensing Round, which contains the Buchan oil field and the J2 oil discovery and forms the basis of JOG’s proposed GBA development plans,” the company said.

Andrew Benitz, CEO of Jersey Oil & Gas, commented: “I am pleased that JOG has been awarded part-block 20/5e, which represents a further step towards delivering on our strategy of progressing the proposed future development of  the Greater Buchan Area.”

The offshore licensing round offered blocks in mature, producing areas close to existing infrastructure, under the flexible terms of the Innovate Licence.

According to the OGA, this enables applicants to define a license duration and phasing that will allow them to execute the optimal work program.

The majority of the licenses will enter the Initial Term (Phase A or Phase B exploration stage), and 16 of the awards are for licenses that will proceed straight to Second Term, either for potential developments, or re-developments of fields where production had ceased and the acreage had been relinquished.

The OGA said that it was taking a temporary pause from annual license round activity and will not run a licensing round in what would have been the 2020/21 period.

“This will allow relinquishments to take place so more coherent areas may be reoffered in future, giving the industry time to deliver on work commitments in the existing portfolio of licenses,” it said.

Also on Thursday, the UK Government said it would review its policy on the future UK offshore oil and gas licensing regime as part of the wider aim of the country towards achieving net-zero emissions by 2050.