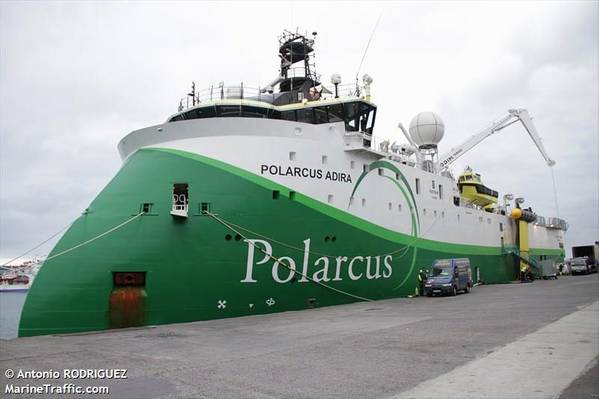 The Oslo-listed company said that under the letter of award, awarded to it by an unnamed client, the survey will take two months to complete.

Polarcus, headquartered in Dubai, said the project was scheduled to start in the fourth quarter of 2020, without providing info on the contract value nor on the vessel to be used for the project.

AIS data shows that the only Polarcus vessel currently in Africa is the Polarcus Adira, delivered to Polarcus back in 2012.

The ULSTEIN SX134 design vessel’s AIS shows it as “underway using engine” off the coast of Mauritania.

The 92 meters long vessel was used by TGS earlier this year for a survey project in the Norwegian Sea.