I’ve been a vegetarian since I was a late teen. I’ve seen lots of different products, trends, and fads come and go in attempts to appeal to the environmentally-conscious eaters in our society. One item that I haven’t seen until now are plant-based eggs that work in all kinds of cooking and baking recipes. JUST Egg seems to provide the balance for people who are looking to move away from animal products. 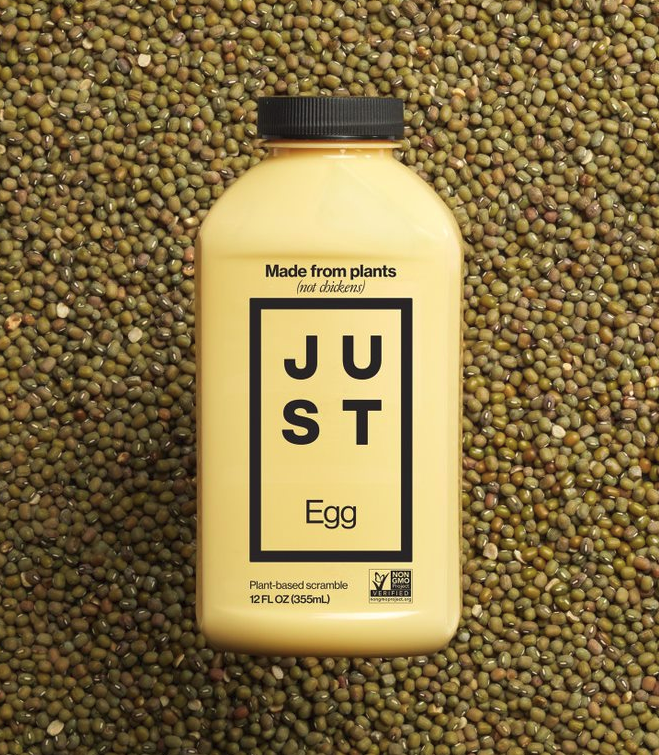 What are Plant-Based Eggs, Anyway?

When people buy eggs at the grocery store, they usually reach for a package filled with 12 or 18 hen-laid eggs.

Made entirely from plants, JUST Egg is packed with clean, sustainable protein and cooks and tastes just like eggs. It’s cholesterol-free, egg-free, dairy-free, kosher and non-GMO, and its ingredients require less water and emit fewer carbon emissions than conventional eggs.

JUST Egg makes fluffy breakfast scrambles and is also able to be used in omelets, quiches, frittatas, stir-fries, French toast, waffles, crepes, pancakes, breakfast sandwiches, and more. You just pour it in a pan and scramble like an egg.

JUST said 77% of customers who purchase JUST Egg are meat eaters, compared to 21% who do not eat animal products.

How is a Plant-Based Egg Created?

We reached out to JUST to dig a bit more and were able to connect with Andrew Noyes, head of global communications. Here’s what we learned.

JUST’s R&D team, which consists of researchers and scientists from 14 disciplines as well as product developers and Michelin-starred chefs, spent years developing the optimal egg for human and planet health.

Their patented discovery process that led to JUST Egg includes:

The company collects data along the way for continuous product improvement.

The R&D for JUST Egg took more than 4 years. “Finding a bean that scrambles like an egg is no small feat,” Noyes acknowledged. The key ingredient of JUST Egg is the protein from the mung bean, which has been cultivated for thousands of years and is a dietary staple in many parts of the world.

Noyes added that CleanTechnica readers may also be interested in the environmental impact benefits of JUST Egg. As of August 2020, the company has sold the equivalent of more than 50 million eggs — all made from plants. JUST Egg uses 98% less water, has a 93% smaller carbon footprint, and uses 86% less land than conventional animal sources. It is one of the most sustainable protein sources on the planet. Plant-based JUST Egg, available in two convenient formats, is coming to thousands of additional stores across the country in September. JUST Egg will be available at more than 17,000 points of retail distribution in the United States, a 40% increase and a testament to the breakout success of the pioneering product that launched nationwide last year.

Walmart will add the original 12-ounce pourable JUST Egg to more than 1,900 stores coast-to-coast after it became a strong seller at hundreds of regional locations. About 900 Food Lion stores in the Mid-Atlantic and Southeastern US and 170 Giant stores in Delaware, Maryland, Pennsylvania, Virginia, and Washington, DC are also adding the product to their shelves.

More than 1,000 Kroger and Kroger-owned stores like Ralphs, Fred Meyer, QFC, Fry’s and Mariano’s will bring the recently launched folded JUST Egg to their freezer sections.

Original JUST Egg is the fifth best-selling egg out of 88 SKUs at a leading national retailer, and its growth has surpassed numerous mainstream plant-based products in popular categories like meat and milk in conventional grocery.

These plant-based eggs are the #1 frozen breakfast item at a top-five retailer – likely the first time ever that a plant-based protein has achieved #1 in category status in a major grocery store.

“Bringing JUST Egg to thousands of additional cities and towns across America is a proud moment for our team. Knowing its now available at the grocery store just a few miles from where I grew up in Birmingham, Alabama is particularly exciting for me. Our products are quickly becoming part of the breakfast ritual for families across the country and we look forward to sharing JUST Egg with millions more in the months and years ahead,” said Josh Tetrick, co-founder and CEO of Eat JUST.

JUST Egg retail sales have skyrocketed in the past six months, with consumers eating at home more frequently and opting to add healthier and more sustainable plant-based products to their diets. Overall JUST Egg MULO (multi-outlet) unit sales were up 102% February to July. Unit sales are up 102% at a leading grocery chain; up 105% at a leading mass retailer; and up 253% at a leading natural retailer. Case shipments to retail customers in July increased 170% over February and shipments since July are up 330% versus the same time last year.

“We are very grateful to all of our customers for their support of both original JUST Egg and folded JUST Egg. I’m excited to see how quickly we’ve gained distribution and look forward to continuing to build on this success together,” said Matt Riley, Senior Vice President for Global Partnerships at Eat Just.

The egg set is the fastest growing plant-based category by far – outpacing milk, meat, cheese, yogurt and other products. Dollar sales of plant-based eggs grew 192% in the past year and 228% over the past two years, according to the Good Food Institute, and Eat Just owns about 99% of the category.