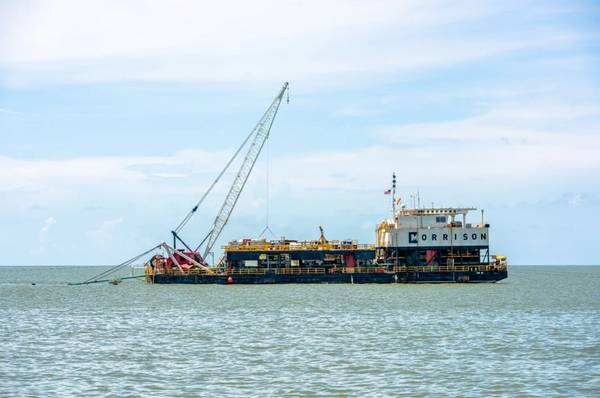 For Morrison, the completion of the project marked more than 5.5 million feet of pipe laid by the company in the Gulf of Mexico.

The most recent 60,720-foot pipeline installation campaign consisted of 3 inch, 4 inch, 6 inch, and 8-inch pipelines in water depths of approximately 140 feet and included burials, risers, and tie-in fabrication and installations, crossing mitigation, and pigging, hydro testing and commissioning of the pipelines.

“The Byron pipeline installation presented a unique opportunity for the triple lay of a portion of the overall pipelay on the project. To perform the pipelay installations and bury operations, Morrison utilized its pipeline lay barge, the CM-15,” the company said.

“We are extremely proud to reach the milestone of ‘more than 5.5 million ft of pipe laid in the Gulf of Mexico’ in 2020, the year in which Morrison celebrates its 20th anniversary of working in the pipeline business,” said Morrison CEO Chet Morrison.