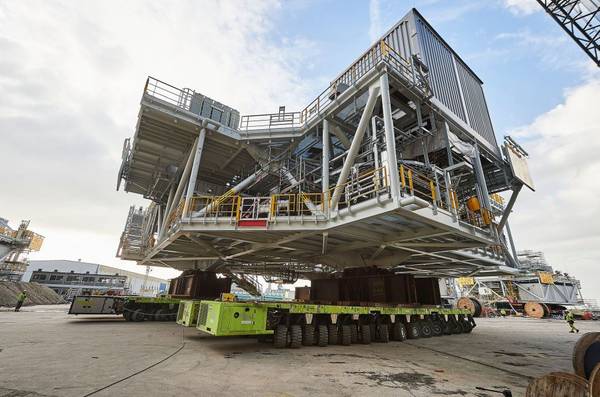 The last of three offshore substations for the Moray East offshore wind farm is set to leave the fabrication yard and sail away to its offshore location in the UK North Sea over the weekend.

The substation, a Siemens Energy Offshore Transformer Module, fabricated and fitted out in Hoboken, Belgium by Smulders, ENGIE Solutions and Siemens Energy, will join the two already installed “sister” units and be used to maximize the voltage of the power received from the offshore wind turbines before transmitting the electricity to shore.

The offshore substation will be installed on a three-legged jacket. Each of the three modules will transmit the power generated by the 100 turbines across the 295km2 site, back to shore and into the national grid where it will be distributed to homes and businesses.

“The OTM, which is significantly smaller in size and weight compared to conventional alternating current offshore wind platforms, will transform the output voltage of the wind turbines from 66 kV to the transmission to shore voltage of 220 kV,” Siemens Energym which designed the substations said.

Siemens Energy says that its OTM design using a modular fabrication approach which saves cost and time in the delivery.

“It also means the design can incorporate the specific needs of the developer. The switchgear needed to control the incoming and outgoing electrical circuits is housed in stainless steel containers which are constructed and installed on the platforms. Additionally, the power transformers are filled with synthetic ester, rather than traditional oil, meaning they are fire resistant,” the company said. 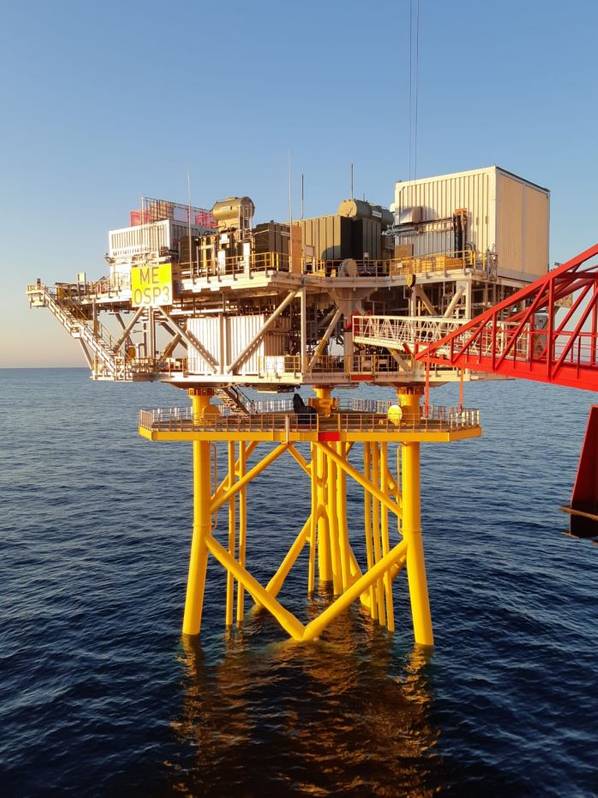