Today we are fortunate to have a guest contribution by Sam Williamson, Emeritus Professor of Economics at Miami University, and President of Measuring Worth. This is the second post in a series; the first post is here.

It is not surprising that the largest increases were during the terms of Wilson and FDR who were financing the two World Wars and both were Democrats. Between the wars, the attitude was to reduce the debt by running surpluses to pay off the war borrowing.  In January 1956, Eisenhower was to say “In this connection, I should mention our enormous national debt. We must begin to make some payments on it if we are to avoid passing on to our children an impossible burden of debt.”  On that day, the per capita debt was $1,600, today it is over $200,000. Eisenhower was opposed to any tax cuts until the budget was balance. For the next two administrations the growth was back to the peacetime levels. After that the growth rate went up, however, not as fast as GDP so when Carter left office it was 32% of GDP, the lowest level since the Coolidge administration. It is now 156%. 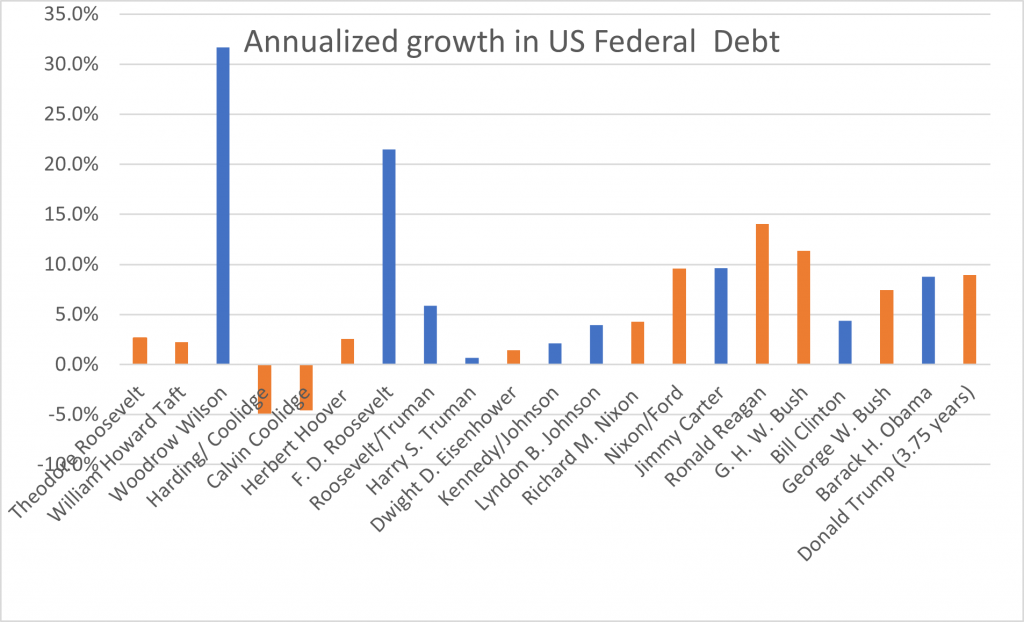 The largest post-war deficit increase was during the Reagan administration. The exception for the rest of the years of our study was during the Clinton administration where there were budget surpluses and the annualized growth rate of the share of the debt held by the public dropped from 21.5% to less than 1%.  Eisenhower would have been pleased with what Clinton accomplished.  For the entire twenty-first century the U.S. Federal debt had been growing at over an average of 8% a year.

When discussing the impact of the debt on the economy, economists usually prefer to look at the US Federal Debt held by the Public. This is the debt excluding what is held by other government agencies such as the Social Security Trust fund and by the Federal Reserve System. This graph shows the contrasts even more starkly.  This measure of the debt increased at a faster rate under Reagan (21.5%) than Roosevelt (19.8%).  Trump rate at 17% is third and over 5% faster than Carter, Nixon/Ford. Obama and G. H. W. Bush who are all about 11%, 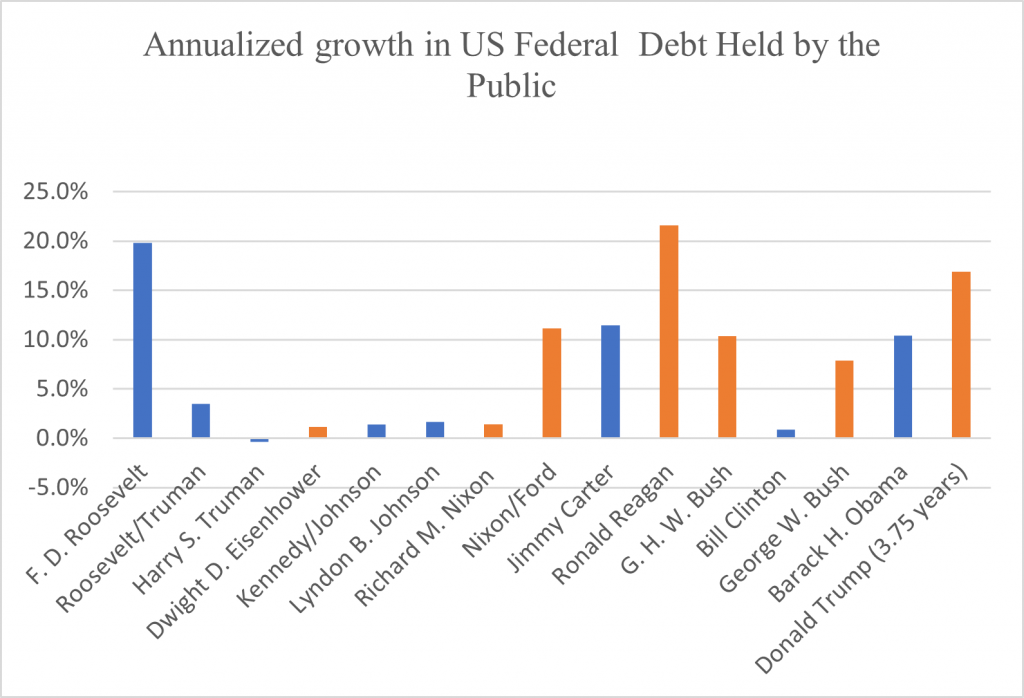 If Biden is elected, we can expect the Republicans to become “serious” about the debt and argue against deficits and they did ten years ago to stop expansionary budgets of the Obama administration.