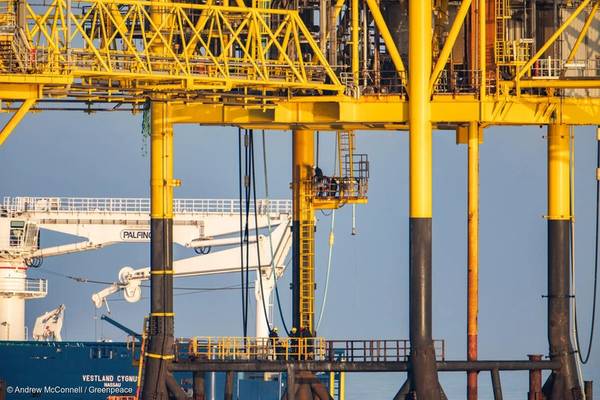 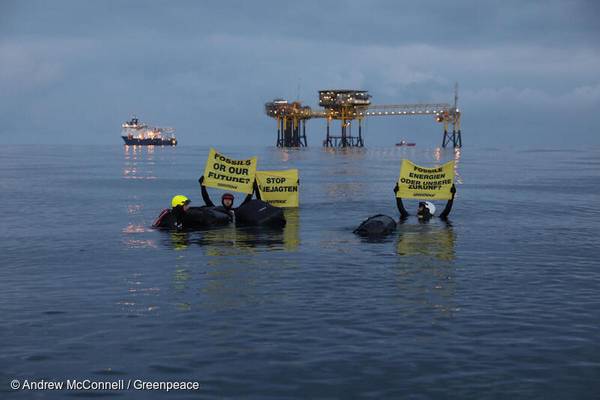 Four Greenpeace of its activists on Wednesday swam from the Greenpeace ship Rainbow Warrior across the Dan oil field in the Danish North Sea and are now “peacefully occupying” Total’s Dan Bravo oil platform.

The Greenpeace said its activists swam to the oil rig because vessels must stay outside a 500-meter exclusion zone.

“They are carrying the necessary equipment and supplies to stay onboard for many days, and have the technology to allow them to communicate in real-time with supporters around the world,” Greenpeace said.

The organization said Tuesday the activists were demanding “an immediate ban on all further oil and gas exploration in Denmark, followed by a complete phase-out of domestic fossil fuel production and a massive expansion of clean offshore wind power.”

“We are peacefully occupying the Dan Bravo oil rig today to tell leaders that unless they are brave enough to ban the search for new oil and gas in Denmark, they will never be the green frontrunners they claim to be,” said Ida Marie, one of the four activists taking part in the protest.

The Dan Bravo is the site where Denmark first began extracting oil in 1972. The Danish part of the North Sea now has 55 rigs, whose output makes Denmark the biggest oil producer and the 7th biggest gas producer in the European Union.