GE Renewable Energy said Monday it was building the largest wind turbine rotor test rig of its kind, in Wieringerwerf, the Netherlands –  on the border of the IJsselmeer, approximately 70 kilometers north of Amsterdam.

The test facility is being constructed at LM Wind Power’s WMC Technology Center, with the test rig construction and commissioning scheduled to be completed in November 2020.

“A consortium comprising of GE Renewable Energy, LM Wind Power and TNO were established to construct this test rig under the three-year STRETCH project, with partial funding from the Dutch Ministry of Economic Affairs,” GE said.

The rotor test rig will allow for verification of the strength and the dynamic behavior of wind turbine rotors under the enormous mechanical loads caused by large blades. Knowledge gained in the project will be used to improve existing design tools which, after verification through digital twin concepts, will contribute to the design of larger rotors, GE said. 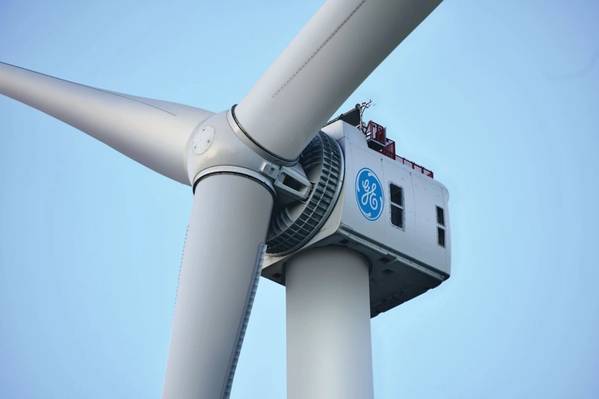 Hanif Mashal, LM Wind Power Vice President of Engineering, stated: “Establishing the most advanced and largest rotor test rig of its kind shows our commitment to develop insights into rotor technology that go beyond blade production alone. With this innovative rotor rig, we will be able to verify in-house the pitch bearings and pitch system that fix the wind turbine blades to the hub and allows pitching blade maximizing captured energy while reducing loads on wind turbine. This capability will provide our customers with a better understanding of the dynamic behavior of large onshore and offshore rotors and will help LM Wind Power design ultra-large rotor blades by stretching and improving the existing designs.”

Peter Eecen, TNO Wind Energy R&D Manager, added: “Larger turbines are essential to shape the much-required energy transition. Without innovations, larger turbines would become too heavy and too expensive to be commercially viable. Fast-paced innovation in wind turbine blade and rotor design, materials, construction, and manufacturing have made the up-scaling of offshore wind turbines feasible and attractive around the world. We are thrilled by this chance to partner with the Dutch government, GE Renewable Energy and LM Wind Power to advance the understanding of rotor technology, which will ultimately contribute to better designs that help make renewable wind energy even more reliable and affordable.”

GE has developed what is today the world’s most powerful wind turbine in operation, GE Renewable Energy’s Haliade-X 12 MW. The prototype recently hit an important milestone, when DNV GL granted it a provisional type certificate (IECRE Provisional RNA Component Certificate) which demonstrates GE’s Haliade-X prototype has the highest safety and quality standards and provides evidence that its design is on-track to meet the full type certification requirements.

Testing activities of the 107-meter long blade currently taking place at UK’s Offshore Renewable Energy (ORE) Catapult in Blyth, and at Boston’s Wind Technology Testing Center in the US, will continue as planned to complete the documentation required to get the full type certificate in the months to come, DNV GL said in June.

The Haliade-X technology has been selected as a preferred wind turbine for the 120 MW Skip Jack and 1,100 MW Ocean Wind projects in the US, and the 3,600 MW Dogger Bank offshore wind farm in the UK. All combined, GE’s Haliade-X technology will power more than 5 million households in both countries. Haliade-X serial production will start at GE’s Saint-Nazaire factory in France during the second half of 2021.

One GE Haliade-X 12 MW offshore wind turbine can generate up to 67 GWh of gross annual energy production, providing enough electricity to power 16,000 European households and save up to 42,000 metric tons of CO2, which is the equivalent of the emissions generated by 9,000 vehicles in one year.