There’s been some debate over how low GDP is relative to peak. One has to be particularly careful in calculations because the monthly peak is different than the quarterly peak, according to the NBER BCDC.

For instance, monthly GDP (unofficial, from IHS-Markit) peaks in February 2020, but quarterly GDP (official, from BEA, 2nd release) peaks in 2019Q4. It happens that these dates coincide with NBER defined peaks; they don’t have to as NBER uses more indicators in addition to GDP to determine the business cycle chronology.

Taking into account these peaks, what is GDP “now” relative to “peak”? 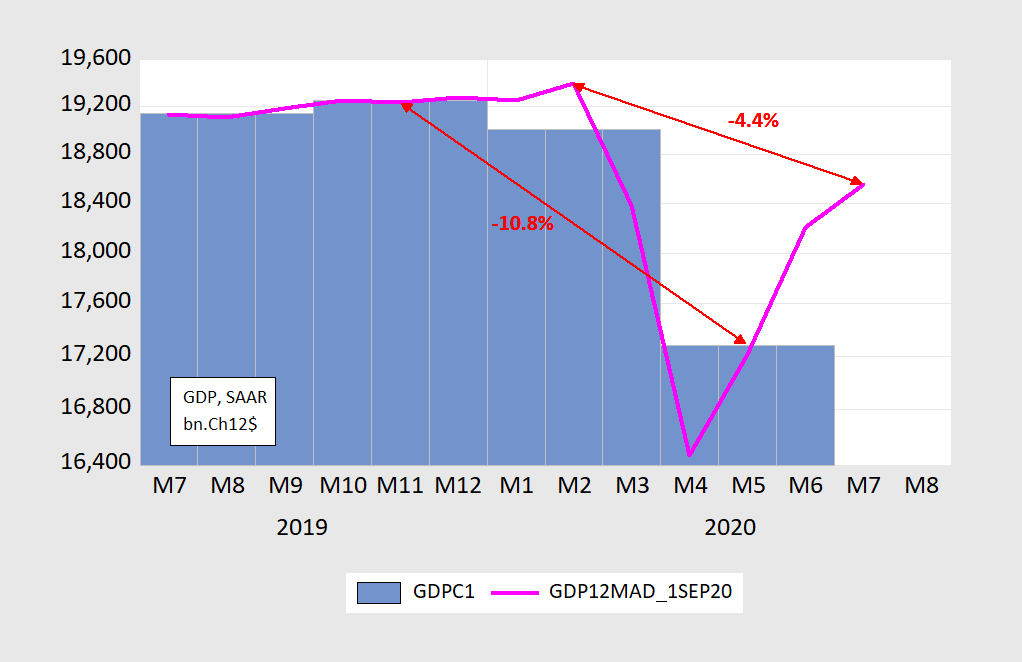 More on y/y, q/q, annual growth rates in this post.