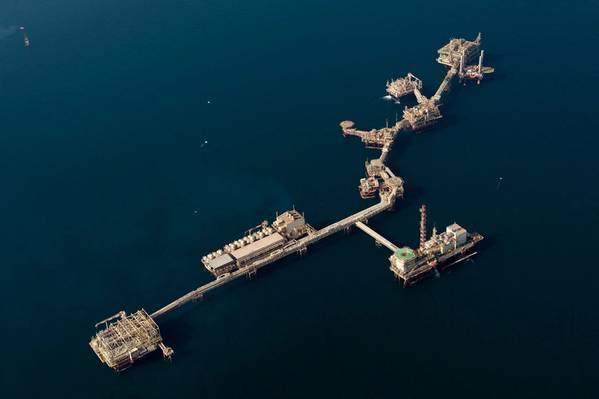 Oil rose on Monday, with Brent touching the highest in five months, underpinned by a 30% cut in Abu Dhabi crude supplies and encouraging Chinese data even as global demand struggles to return to pre-COVID levels in a well-supplied market.

Brent is set to close out August with a fifth successive monthly price rise while WTI is on track for a fourth monthly gain, having hit a five-month high of $43.78 a barrel on Aug. 26 when Hurricane Laura struck.

Abu Dhabi National Oil Company told its customers on Monday that it will reduce October supplies by 30%, up from a 5% cut in September, as directed by the United Arab Emirates government to meet its commitment on the recent OPEC+ agreement.

“With demand gradually recovering, this will allow the market to better absorb the inventory glut from earlier this year,” OCBC’s economist Howie Lee said.
Energy companies continued efforts to restore operations at U.S. Gulf Coast offshore platforms and refineries shut before the storm.

A weak U.S. dollar and a survey on Monday showing surprisingly strength in China’s services sector supported oil prices even though fuel demand has struggled to recover amid the coronavirus pandemic and supplies remain ample, analysts say, cautioning of hurdles for crude going forward.

“Oil is likely to slowly grind higher in modest steps, not explode out of the wellhead higher,” OANDA’s Asia-Pacific analyst Jeffrey Halley said, adding that abundant near-term supplies and the fragility of the global recovery tempered price gains.

China’s crude imports in September are set to fall for the first time in five months as record volumes of crude are stored in and outside of the world’s largest importer, data from Refinitiv and Vortexa showed.