The trajectory of the recovery according to the consensus is little changed from the Wall Street Journal‘s July survey — despite the derailment of the Phase 4 recovery package. However, more analysts perceive a “W” than before. 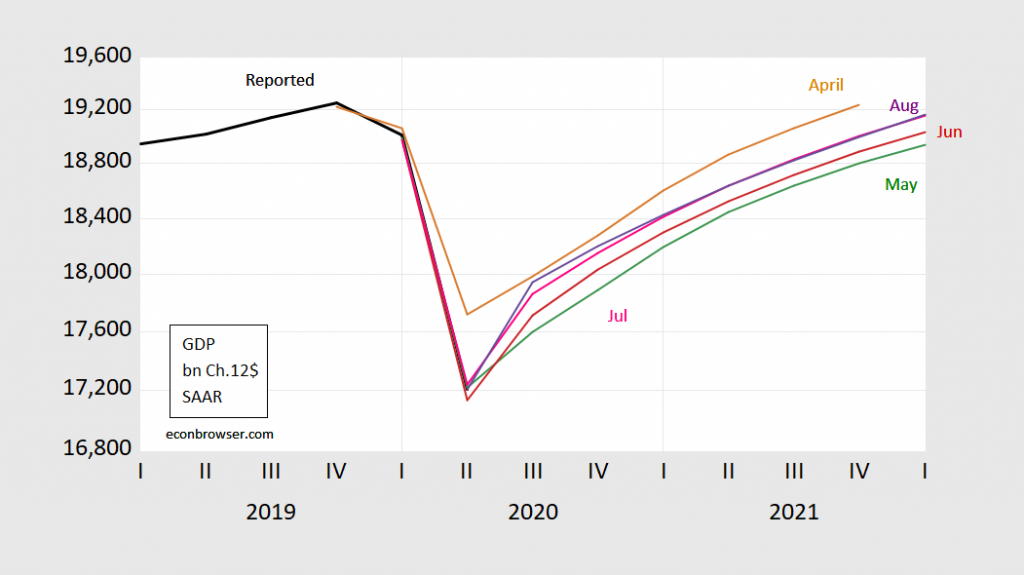 And here are the high (James Smith of Economic Forecaster LLC returns to the top) low (Daniel Bachman at Deloitte still standing at the low end) and consensus. 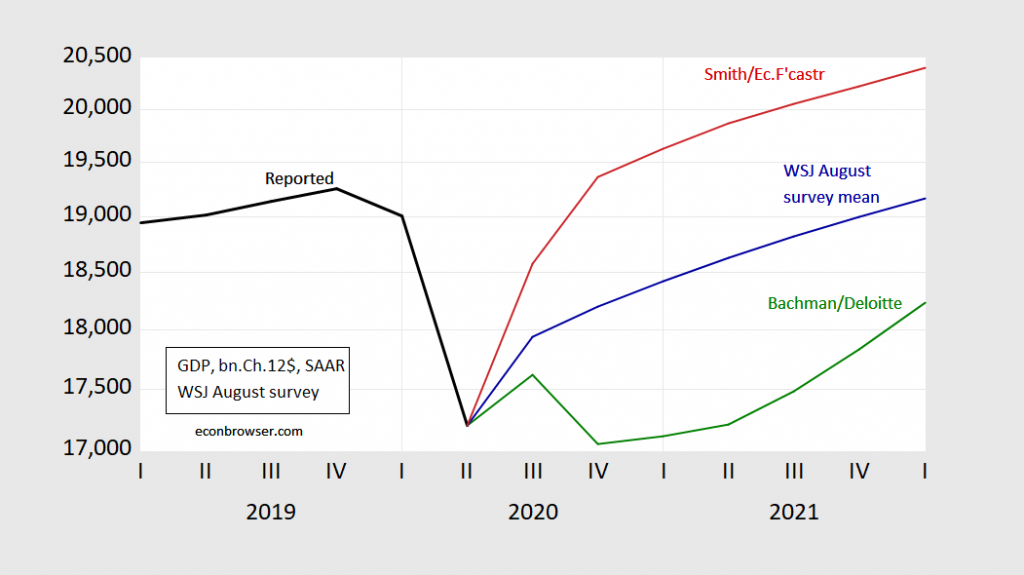 The levitation of the forecasts, despite the breakdown in negotiations, is surprising to me, but probably incorporates a belief a deal will eventually be attained. As the WSJ article notes, the end of the enhanced unemployment insurance payments will definitely hit output growth if it persists:

An overwhelming majority of economists surveyed this month by The Wall Street Journal said the economic benefits of additional jobless benefits to help laid-off workers outweighed concern that the extra payments could deter people from going back to work.

About 82% of economists in the Journal’s survey said they agreed more with the idea that the extra cash boosted the economy than the idea that it held back the labor market’s recovery. Many of them said the benefits should be extended to support the recovery.

Without an extension of benefits, “there will be an air pocket in the economy” in the third quarter, said Joe Brusuelas, chief economist at RSM US.

This view matches with that held by academic economists in the IGM/Fivethirtyeight Covid-19 panel, discussed in this post.

A Yale University study last month found that the extra money didn’t affect people’s employment rates. Those whose unemployment payments exceeded their previous income have gone back to their previous jobs at similar rates as other laid-off workers.