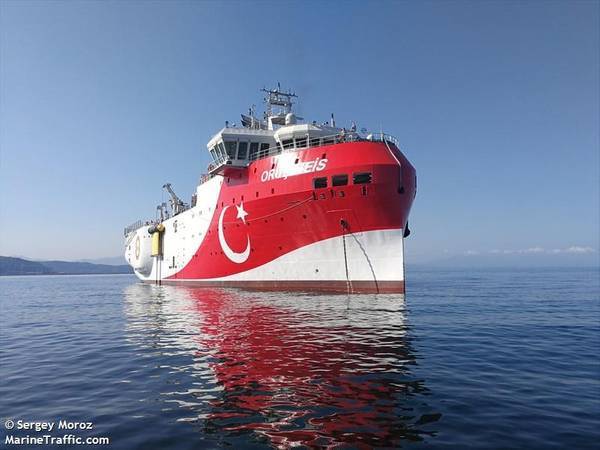 The United States and Greece called on Monday for a peaceful resolution of maritime disputes in the east Mediterranean as U.S. Secretary of State Mike Pompeo began a two-day trip to Greece amid increased regional tension over energy resources.

NATO allies Greece and Turkey, at loggerheads on a range of issues, have agreed to resume exploratory talks over contested maritime claims following weeks of tensions that culminated in a collision between their warships.

The two countries are also ready to use “all appropriate means” to safeguard regional stability, they said after meeting in the northern Greek city of Thessaloniki.

Pompeo has previously said the United States is “deeply concerned” about Turkish actions in the east Mediterranean.

Ankara infuriated Athens last month by sending a seismic survey ship into disputed waters, escorted by gunboats, to map out sea territory for possible oil and gas drilling in an area thought to be rich in energy resources.

Turkey then recalled the vessel, saying it wished to give diplomacy a chance.

Complicating the geopolitical situation in the region, Turkey has signed a maritime demarcation deal with Libya which conflicts with a rival deal between Greece and Egypt.

The United States hopes to build up its energy ties with Greece, which seeks to become an energy hub in the Balkans and help Europe to diversify its energy resources.

Athens already imports large quantities of U.S. liquefied natural gas (LNG). It is developing a floating LNG storage and regasification unit off the port of Alexandroupolis, which is expected to channel gas to Bulgaria and from there to central Europe by early 2023.

Greece is selling a majority stake in the port of Alexandroupolis and is also looking for an investor to operate part of the Kavala port facilities in northern Greece.