As I was prepping slides for my macro policy course, I generated this graph: 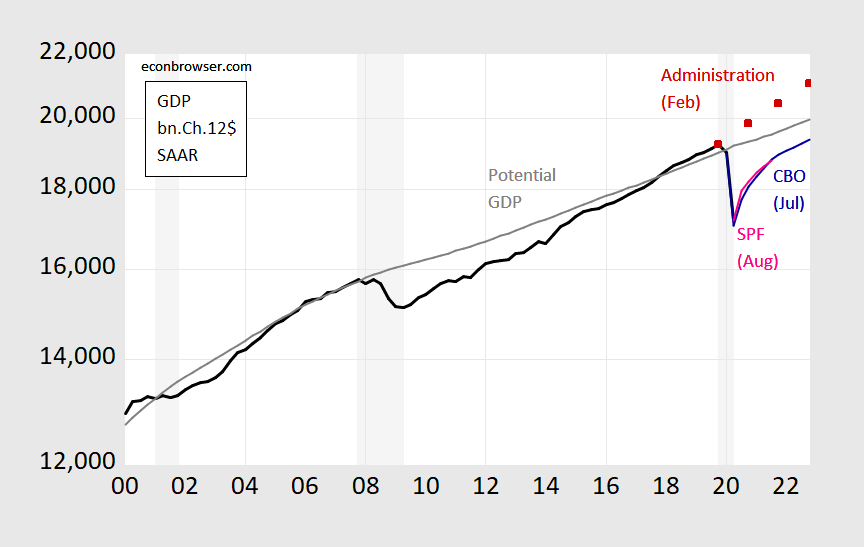 Notice the sharp drop in GDP in Q2; this drop is certainy steeper and deeper than the Great Recession’s dive. The rebound is forecasted to be steep as well, by both the Congressional Budget Office and the Survey of Professional Forecasters; however, the recovery is also forecasted to slow to a pace that implies no recovery to pre-recession levels until sometime in 2022.

It’s also interesting to compare the economy’s situation to when I last taught the course (Spring 2019). The economy was plugging along just fine (albeit after blowing a whole in the fiscal accounts with the Tax Cuts and Jobs Act). 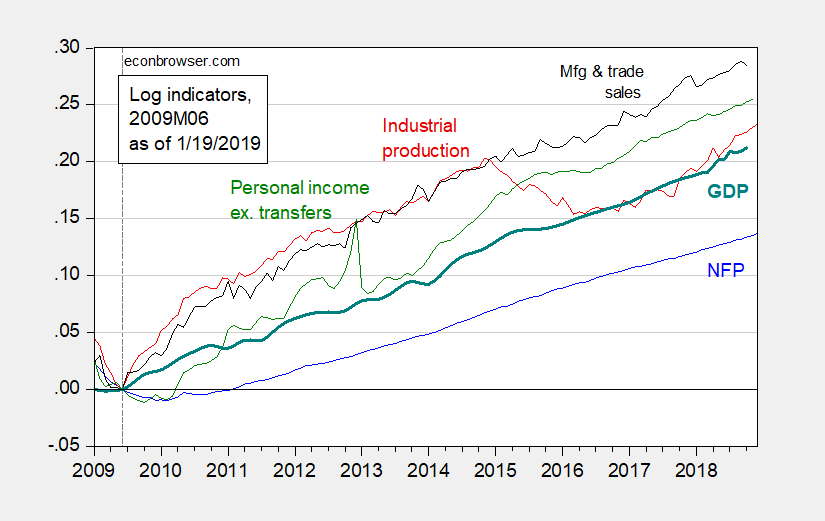 That being said, the yield curve was tending toward inversion. 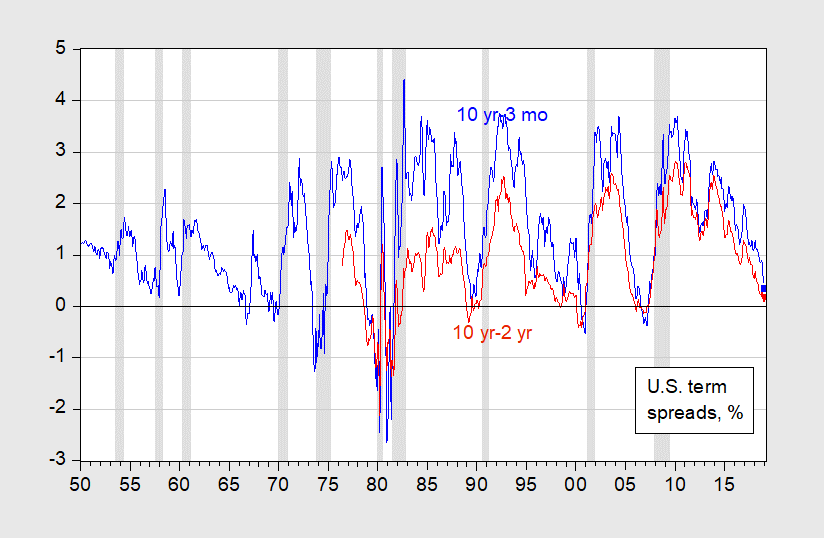