Several of the five key indicators referenced by the NBER’s Business Cycle Dating Committee are decelerating, as shown in Figure 1. 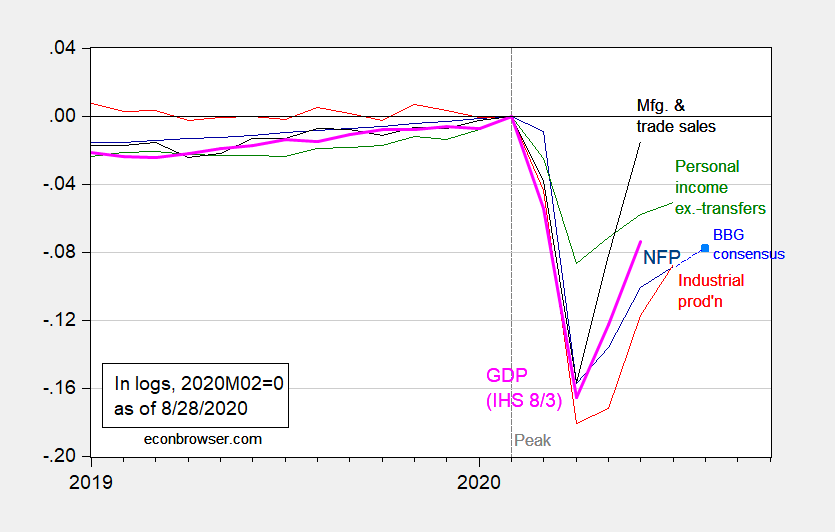 We will get August employment numbers in a week. Manufacturing and trade industry sales rebounded smartly in data going through June.

Income and outlay data were released today. While real disposable income is above pre-Covid-19 levels, it is declining. Consumption on the other hand has slowed its ascent, and is some 5% below NBER-defined peak levels. 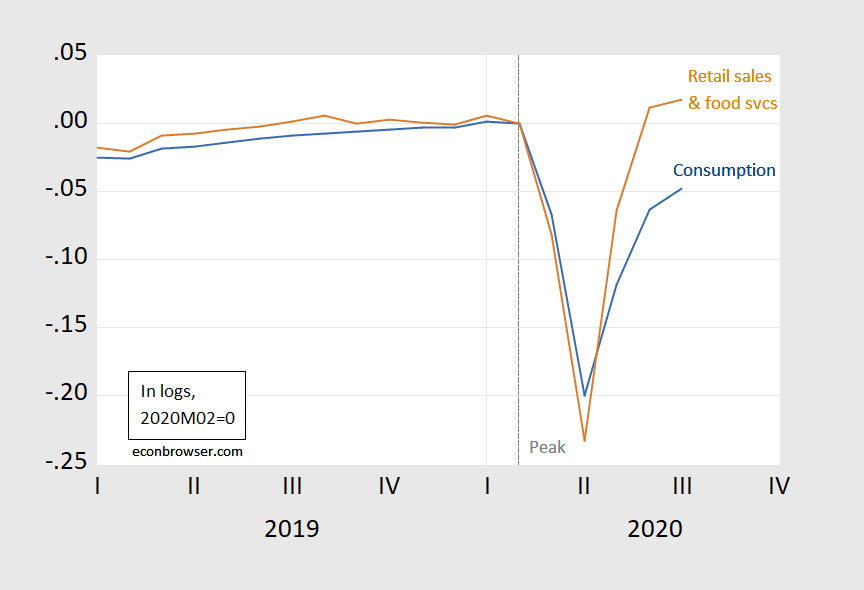