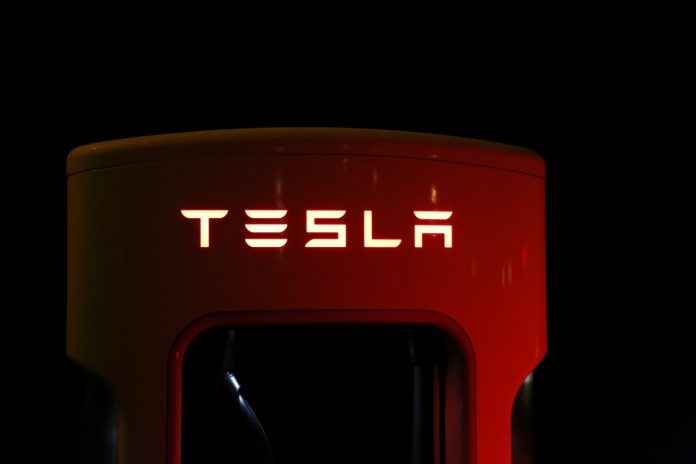 Investors are flocking to the EV space—Electric Vehicles—for two reasons:

One of the EV highlights of the year is Tesla’s Battery Day event next Tuesday.

Investor hopes are high for A Big Reveal.  Elon Musk has hinted that some significant news might be released.

Some feel that Musk almost has to put out something splashy—especially surrounding battery life.

Our subscribers have made a lot of money in this sector this year with Nano One Materials Corp (NNO-TSXv/NNOMF-OTCQB) with their patented, low-cost lithium ion technology—which they say can increase battery life or distance dramatically.  The stock is nearly a triple since January.

CEO Dan Blondal has an insider’s grasp of what’s really happening in the space, and what the challenges are for the sector, Tesla, competitors and the supply chain.

He and I are hosting a special conference call on Wednesday September 23 at 10 am Pacific to talk trends, achievements and missed opportunities from Tesla’s Battery Day.

I asked Dan what he expected on Battery Day:

“That’s really the objective here, is by having this more durable battery, you can get to that stage.

Dan also thinks that Musk has to address one of, if not the, biggest battery advancement in the last five years—the new Blade Battery by the Chinese company BYD.

The key to the battery is the cellular array.   A typical battery back is only around 40% battery.  The rest is casing and structural.  The Blade Battery increases that to 60%.

BYD redesigned the packaging of the LFP cells into thinner and longer cells.  These cells also become structural, holding the back together and removing the requirement for extra, reinforcing metal.

During the reveal, BYD played a video of a nail penetrating the battery.  The battery survived the impact without event – no fire entailed.  These kinds of events lead to high temperature fires in LFP batteries. 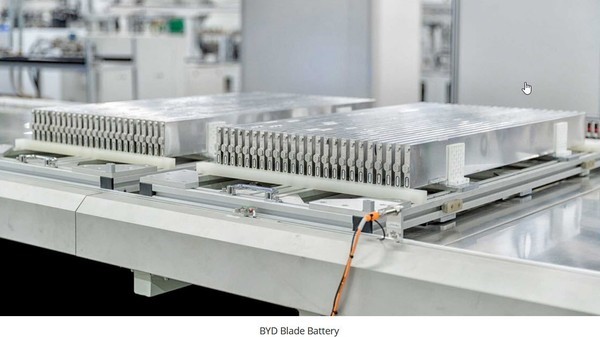 Safety concerns have risen with EV batteries because of the relentless pursuit of range.
Companies strive to make batteries more compact – i.e. increase the “energy density” of the battery.  That means more batteries in the space of the car and more range for the vehicle before requiring charging.

Safety is not surprisingly the victim of increased energy density.

The Blade Battery improves energy density, but it is still not quite up to the competition.  BYD did not originally disclose the energy density of the Blade (which was likely a tell) but subsequent information made available with the release of the first EV to use the Blade – BYD’s Han EV – suggests it is around 140Wh/kg.

This is less than the highest density nickel-cadmium-magnesium (NCM811) battery produced by another Chinese battery manufacturer – Contemporary Amperex Technology (CATL), which is 180Wh/kg.  Other battery manufacturers like Panasonic have energy density > 150Wh/kg.

BYD has stated that the Blade is a first step.  They expect their unit energy density to reach 180Wh/kg in the next couple years.

The Blade Battery has other advantages.  It can be charged from 10% to 80% of full capacity in 33 minutes.

And its mileage can reach 1.2 million kilometers after 3,000 charging cycles.

Battery costs in are in decline.  The cost of an EV battery has been declining at about a 15% YoY rate for the past few years.

BYD has been at the head of the technological climb.  OEMs have been shifting to BYD’s blade battery technology, along with other advances like CATL’s C2P battery pack.  CATL has said their C2P pack technology can drive down costs by more than another 15%.

Blondal is also watching to see if Tesla vertically integrates, or even becomes a supplier to 3rd party OEMs.
“I think the primary theme of Battery Day could be Tesla moving towards battery manufacturing, themselves. So, they would be competing with some of those suppliers.

“We already know that Tesla do a tremendous amount of work on the design of the cell, but they have never really stepped up to do the manufacturing, so they just, they basically ship out the design, their design and their chemistry choices, to the suppliers to take care of.

“But there’s every indication with their acquisition of Maxwell, and with Hibar out of Eastern Canada, that they’re acquiring battery manufacturing technologies to support that effort. And now, both of those acquisitions are small components in what it takes to manufacture a battery. So we expect to hear more about that.

Next Wednesday, dial into our conference call to get Blondal’s analysis on winners, losers and strategic pivots that players will have to make to stay in front of this high-multiple, global growth industry.

Subscribers to both Investing Whisperer and the Oil and Gas Investments Bulletin will be getting a dial in code for next Wednesday’s call.

To join our community and this call, subscribe here:

Not only will you get to hear Dan, you will get access to all my stock picks from this year. I have 13 open positions that have more than doubled, and closed 20 trades with more than 100% gains.  Profit on closed positions is $750,000.  This is REAL money, not a model portfolio.

I hope you’ll join Dan and me next Wednesday.  There is a lot of money to be made here!