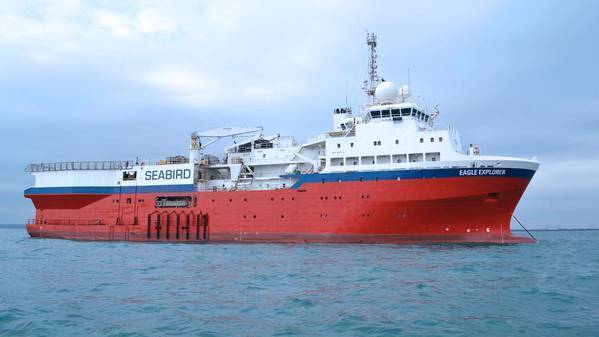 Under the terms of the letter of award announced in April, the source contract in South America should have started in Q3, with a duration of about 30 – 45 days.

The Oslo-listed seismic vessel owner later said that the survey would be delayed due to COVID-19, with the expected start-up in Q4.

However, SeaBird said Tuesday that the letter of award for the source contract announced in April had been terminated by the charterer. It did not say who the client was.

Unrelated to the contract termination, SeaBird also announced its potential entry into the renewable energy industry.

“…the company has decided to pursue a feasibility study into a niche in the renewable energy segment,” SeaBird said, without providing further details on the study.

Worth reminding, the current oil and gas industry downturn has seen more and more companies that are traditionally seen as “oil and gas” explore entry into the renewable energy industry.

BP has recently agreed to buy into Equinor’s offshore wind project in the U.S.; Norwegian offshore drilling firm Odfjell Drilling announced its investment in Oceanwind AS, a company working on developing harsh environment floating offshore wind turbines; and just a day ago, OPITO, OPITO, UK-based skills and workforce body whose main focus has been offshore oil and gas – as its full name Offshore Petroleum Industry Training Organization suggests – also announced its entry into the renewables sector.