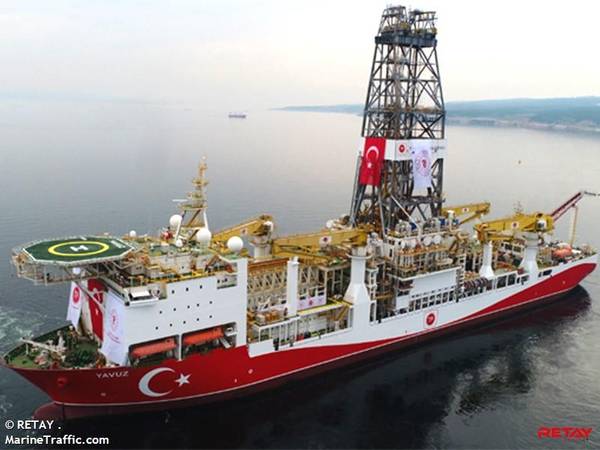 The European Union will impose sanctions on more Turkish individuals and companies responsible for drilling in contested waters in the Mediterranean, according to a draft statement prepared for EU leaders to agree at a summit on Thursday.

If agreed, the EU will “prepare additional listings” on the basis of a sanctions list already in place since 2019 and “if need be work on the extension” of its scope, according to the draft statement seen by Reuters.

Negotiations over the two-page statement are still ongoing and Greece and Cyprus, which accuse Turkey of drilling for hydrocarbons off its continental shelf, believe the sanctions do not go far enough, according to diplomats briefed on internal discussions.

EU leaders are considering whether to make good on a threat made in October to sanction Turkey over the drilling for hydrocarbons off the coast of Cyprus and off Greece.

On Monday, EU foreign ministers said Turkey had failed to help end the row with Greece and Cyprus over potential gas resources, but they left any decision on retaliatory sanctions for the EU summit.

The EU created a sanctions program last year to punish unauthorized exploration in the eastern Mediterranean, freezing assets of people and companies accused of planning or participating in activities in Cyprus’ exclusive economic zone or on its continental shelf.

So far, only two senior officials of Turkey’s state-owned Turkish Petroleum Corporation (TPAO) have been put on the sanctions list but Cyprus proposed a list of more names earlier this year.

Cyprus’ internationally recognized government discovered offshore gas in 2011 but has been at loggerheads with Turkey over maritime zones around the island, where it has granted a license to multinational companies for oil and gas research.

Turkey, which does not have diplomatic relations with Cyprus’ government, says it is operating in waters on its own continental shelf or areas where Turkish Cypriots have rights.