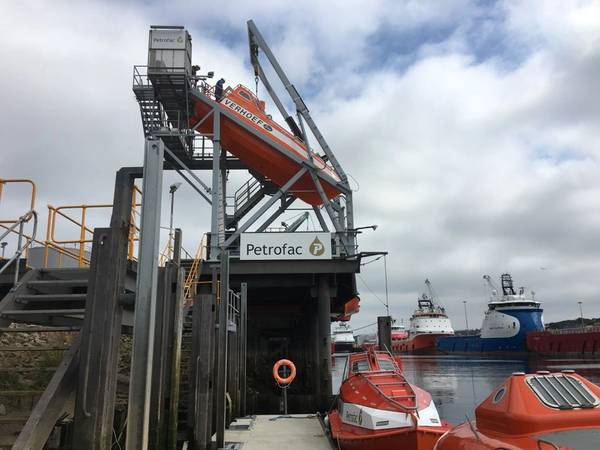 The company said it has invested £200,000 in the new model, designed and manufactured by Dutch company Verhoef. The freefall lifeboat is located at Petrofac’s Marine Training Centre in Aberdeen, UK.

“Petrofac is the only company in the UK with a freefall boat for oil and gas industry training, and earlier this year launched its current freefall for the 3,000th time in five years,” Petrofac said in a statement.

According to Petrofac, there are only three other Offshore Petroleum Industry Training Organisation (OPITO) approved providers worldwide.

George Masson, Petrofac’s Safety and Survival Team Lead, said: “With the addition of the new freefall, we now have a total of 15 vessels which we use to deliver a full range of marine-specific training. Investing in this new model shows our continued commitment to delivering high-quality training to our clients in the UK energy industry.”

“Nothing beats launching and maneuvering a freefall boat in real sea conditions and so the experience our delegates get with our freefalls is as close to real life as it can be.

Masson also explained how COVID-19 has affected its freefall lifeboat training services, and how adding another lifeboat helps resolving those issues.

“Previously we would have been able to train six delegates with one freefall, but that number has now been reduced to three. With two models, both of which can be operated at the same time, we can still run courses with similar numbers as before.”