The Australian offshore safety agency NOPSEMA has ordered Eni to “make safe” a floating mid-depth buoy at the Woollybutt field off W. Australia, after the buoy, normally chained 50 meters underwater, was spotted floating on the surface, posing a navigational threat to vessels passing by.

The Woollybutt field is located approximately 65 km off the northwest coast of Western Australia in Lease Area WA-25-L. Production at the field ceased in May 2012, with FPSO moved away, and plans put in place for decommissioning of the field.

NOPSEMA said that Eni had informed it on August 30, of an object floating on the sea surface within WA-25-L that was suspected to be one of the two mid-depth buoys (MOBS) in the Woollybutt Field.

“Eni Australia confirmed that the object was an MDB on 3 September 2020,” NOPSEMA said.

According to NOPSEMA, Eni has informed that the buoy is within the gazetted petroleum safety zone, under 24-hour observation, and is still connected to the Woollybutt sub-sea infrastructure.

Risk to Vessels and Subsea Infrastructure

“NOPSEMA is of the opinion that the failure of the tethering system and physical presence of an object of this size poses a threat to the safety of vessels in the area and potentially to the integrity of the subsea infrastructure, including the wells,” the regulator said.

What is more, NOPSEMA had in May issued an improvement notice to Eni, after an inspection in response to the sinking of the Detachable Single Point Mooring in January 2020.

The regulator at the time said that it had been found that the sinking of the single point mooring buoy was likely as a result of a failure to maintain adequate cathodic protection which protects the buoy from corrosion.

It is during this inspection that NOPSEMA found a number of deficiencies related to the integrity management of the two mid-depth buoy (MDB) mooring systems.

Each MDB is secured by two mooring chains to their gravity base structure positioned on the seabed. During the inspection, NOPSEMA inspectors found that Eni could not demonstrate effective inspection and maintenance activities were being conducted on the MDBs, mooring chains, and mooring systems to ensure their integrity and that and they were fit for service.

It also found no evidence that annual inspections of the MDBs including their mooring chains and mooring systems were conducted in accordance with regulations. 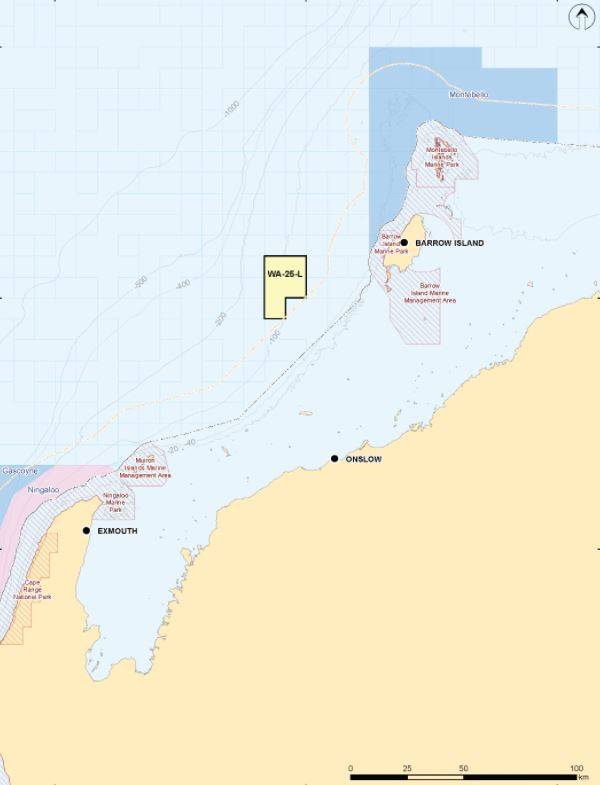 Per NOPSEMA’s findings announced in May, the two subsea buoys had a design life of 5 years and a fatigue life of 15 years. Given that the Woollybutt field had started production in 2003, 17 years ago,  the original design and fatigue life of the MDBs has been exceeded.

“There was no evidence that the MDB’s design and fatigue life had been reassessed and certified as fit for service beyond 2016,” NOPSEMA said at the time.

The NOPSEMA inspector said at the time that there was a risk that a mooring system failure resulting in an MDB floating to the surface would create a marine vessel collision hazard leading to vessel damage or sinking and could result in injuries to, or loss of life of, vessel personnel.

Inspector then said Eni was required to take action within 180 days of the date of the notice (May 4, 2020) to prevent or reduce the risk.

However, just a few months later, as confirmed on September 2, 2020, one of the MDB buoys came to the surface urging NOPSEMA to launch an investigation and issue another notice to Eni.

“The titleholder must take all reasonable measures to mitigate the risk from the floating mid-depth buoy to navigation and to titleholders’ equipment, structures, and property within the title area, and to continue to take such measures until such time that the hazard is removed,” NOSEMA said.

“As soon as reasonably practicable, the titleholder must conduct an assessment of the condition of all equipment, structures, and property within the title area to determine risks to safety, well integrity and the environment, and provide a report on the outcomes of the assessment to NOPSEMA,” the regulator added.