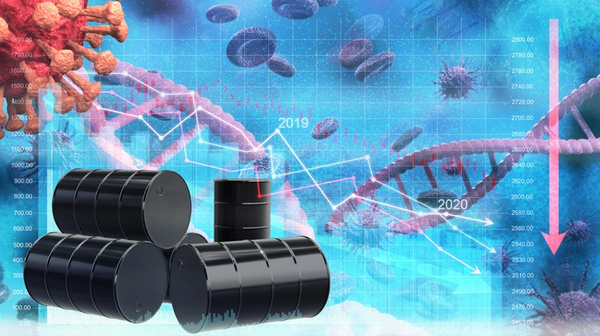 Top global oil traders Vitol, Trafigura and Gunvor said on Thursday they saw slow oil demand recovery because of a second coronavirus wave with oil prices rising to or above $50 per barrel only by October next year.

Benchmark Brent crude futures traded down 1.6% to $42.62 a barrel at 0905 GMT on Thursday as new restrictions to stem a second surge in infections increased uncertainty over the outlook for economic growth and a recovery in fuel demand.

Speaking at the Energy Intelligence Forum, Vitol chief executive Russell Hardy said he saw oil prices at $55 per barrel in October 2021, Trafigura’s Jeremy Weir thought oil would be trading at $52 per barrel and Gunvor’s Torbjorn Tornqvist saw prices at $50.

They also said that demand in Europe and the United States was probably past its peak though they saw very robust demand for oil and other commodities from China, whose economy appeared to have emerged strongly from the pandemic crisis.

Hardy said demand recovery in the northern hemisphere, in Europe and the United States, would be tricky and slow at least until the second quarter of 2021, when a possible anti-covid vaccine could be found.

However, he said in Asia demand would likely grow above pre-pandemic levels by the end of this year, except for jet fuel, which will continue to suffer for most of next year.

“It is not a bad tactical time to invest in upstream,” said Hardy. Vitol has previously announced it could invest in U.S. oil producers.