Oil and gas project sanctions, especially in the offshore segment, are expected to rebound next year compared to the COVID-19 ravaged 2020, and even exceed the pre-pandemic levels from 2022 onwards, energy market analysts from Rystad Energy have said.

Rystad on Tuesday somewhat upgraded its expectations for 2020 too, and now expects oil and gas project sanctions this year to reach the $53 billion mark, up from the previous estimate of $47 billion. This is still a huge drop compared to $190 billion worth of oil and gas projects sanctioned in 2019.

“Offshore commitments are now expected to reach $34 billion in 2020, down from 2019’s $101 billion. Onshore sanctioning is likely to fall to $19 billion this year from $89 billion last year,” Rystad said.

Looking at the year ahead, and beyond that, Rystad says that the projects that were postponed in 2020 will cause the total worth of final investment decisions (FIDs) to double next year and exceed pre-pandemic levels already from 2022.

“Rystad Energy estimates total sanctioning to bounce back to around $100 billion in 2021, primarily supported by offshore projects, whose value is forecasted at $64 billion for the year. Although lagging onshore projects are projected to only account for $36 billion in 2021, they will see a steep rise in 2022 to around $100 billion, topping the expected $95 billion worth of offshore commitments that year,” the analysts said.

The company has upgraded its expected offshore sanctioning total for 2020 to $34 billion, up from the previously expected $26 billion.

Rystad said the upgrade was mostly driven by Petrobras’s Mero-3 sanctioning in Brazil, which is estimated to cost $2.5 billion to first oil.

As previously reported, MISC has a letter of intent in place with Petrobras for the charter of the FPSO.

MISC will sub-contract the vessel construction work to Chinese yards, with China Merchants Heavy Industry (CMHI) leading the race to build both the hull and topsides, Rystad said.. Siemens will deliver the power generation modules, while Aker Solutions is performing front-end engineering and design (FEED) and engineering work on the FPSO topsides.

“SBM Offshore is operating under an advanced commitment on the FPSO with ExxonMobil and its partners and the contractor has started procurement activities in collaboration with Chinese and Singaporean yards. The Chinese yard Shanghai Waigaoqiao Shipbuilding (SWS) is responsible for supplying the hull for the FPSO and the topsides will be built by Dyna-Mac and Keppel. It is now only a matter of when the FID takes place, and we expect it to happen soon,” Rystad said.

To remind, Shanghai Waigaoqiao Shipbuilding recently launched the hull of the Prosperity FPSO destined for the Payara project. 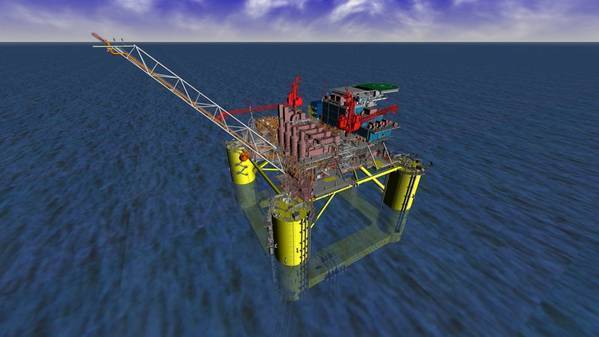 Also, Rystad said that prior to the oil price crash, Shell had awarded a major contract to Sembcorp Marine for construction of the topsides and hull of a Floating Production Unit (FPU) for the Whale project in the US Gulf of Mexico, but that uncertain economic conditions have forced Shell to defer FID for the project to 2021.

“Whale has a breakeven of over $40 per barrel. As the second wave of Covid-19 surges through Europe, America, and South Asia, it is uncertain whether the new development will start anytime soon, as the social distance norms and quarantine requirements will not only hamper the pace of development but could also lead to cost overruns,” Rystad said.

When it comes to recent developments, Rystad says, Gazprom Neft has started development activities on its Chayandinskoye oil-rim development in Russia. The well construction program is underway and the expansion of the existing central processing facility at the main field is likely to start soon. The onshore development is estimated to cost around $1.3 billion and the field is expected to come online by 2022.

Further, Rystad has noted the recent approval by the Norwegian Ministry of Petroleum and Energy for the plan for development and operation (PDO) of the Balder Future project.

The partners, Vaar Energi and Mime Petroleum submitted a revised PDO in December last year and selected their preferred contractors in 2019. The $2 billion development plan includes an upgrade of the Jotun floating production, storage, and offloading (FPSO) vessel which will operate between the Balder and Ringhorne fields. The FPSO is being upgraded by Worley, while Baker Hughes and Ocean Installer are responsible for supplying the subsea facilities.

Lastly,  Rystad said, China Offshore Oil Engineering Co. (COOEC) confirmed the start of development activities on CNOOC’s Luda 6-2 oilfield off China in its second-quarter results. The Luda 6-2 development will entail a central processing platform and is estimated to cost nearly $170 million in greenfield commitments. Production is likely to start in early 2022.