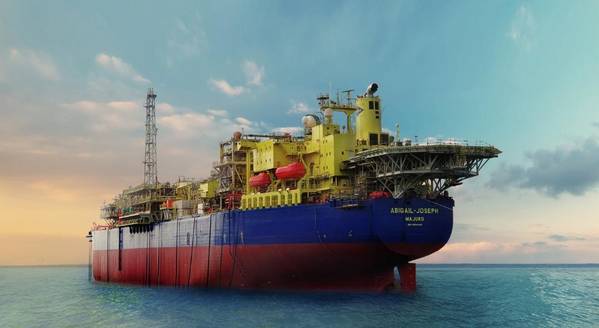 Nigerian oil and gas company First E&P has this week announced it has started oil production from the Anyala West field offshore Nigeria.

The field is located in Oil Mining Leases (OMLs) 83 & 85, in the shallow waters offshore Bayelsa State, Nigeria, and the oil is being produced via the Abigail-Joseph FPSO. The FPSO, owned by Malaysia’s Yinson, arrived in Nigeria earlier this year.

According to First E&P, the Anyala – Madu field development project will develop 142 million barrels of oil and 98 billion standard cubic feet of gas from the fields in Phase 1.

A total of 7 development wells have been planned in Phase 1 and approved by the Department of Petroleum Resources (“DPR”) in the Anyala West field (OML 83) which will be developed along with the nearby Madu field in (OML 85) to be jointly produced in the Abigail-Joseph FPSO.

The project will, at its peak, produce about 60,000 barrels of oil per day, unlock over 300 million barrels of crude oil recoverable reserves and create value of over $8bn for the Federal Government of Nigeria over the total lifespan of all phases of the project, First E&P said.

The Abigail-Joseph FPSO has been chartered by First E&P on a firm seven-year contract with options to extend until 2035.

The firm part of the contract agreed in 2019, was valued at around $901.79 million. The FPSO was previously deployed in Gabon at the Olowi field.