Swedish oil company Lundin Energy is expanding its oil and gas acreage in Norway through the acquisition of Idemitsu Petreoleum’s Barents Sea assets, including a stake in the Wisting oil discovery, for $125 million.

Lundin said the deal would bolster its position in one of its core exploration areas and provides an interest in a major commercial oil discovery, currently being matured towards the development, which is the said Wisting.

The transaction provides Lundin Energy with a further 15 percent working interest in licenses PL609, PL609B and PL609D, increasing the company’s working interest in the operated Alta oil discovery, from 40 percent to 55 percent. The potential to accelerate the development of Alta is being assessed, with the aim to benefit from the temporary tax incentives, Lundin said.

“This strategic transaction builds on the company’s already substantial acreage position in the Barents Sea core exploration area and provides a material interest in the major Wisting oil discovery, expected to contribute to sustaining the company’s production in the long-term,” Lundin Energy said.

The transaction, which is effective from January 2020, adds estimated net contingent resources of approximately 70 MMboe for a cash consideration of $125 million and is subject to the approval of the Board of Directors of Idemitsu Kosan Co.,Ltd. (the parent company of IPN) and usual Norwegian regulatory approvals. 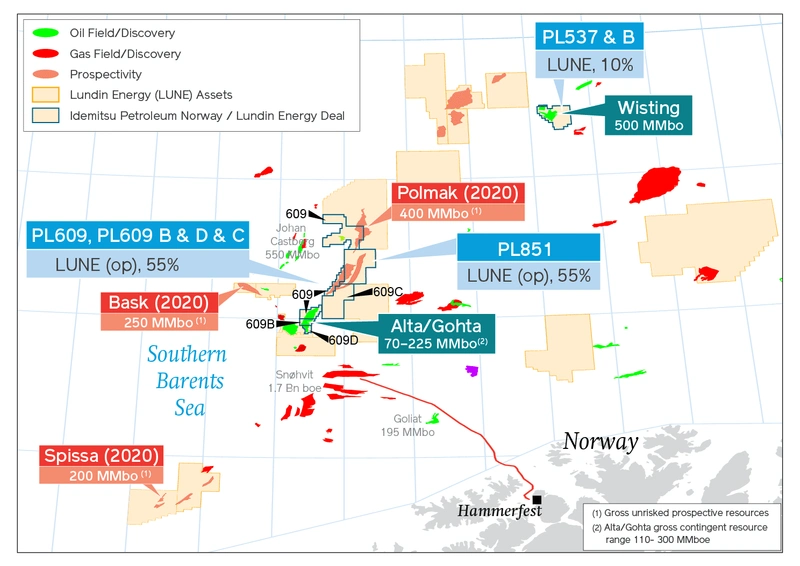