Southeast Asia-focused oil company KrisEnergy has reached a loan deal with Kepinvest Singapore, that should help the company bring online its Apsara offshore project in Cambodia’s Block A on time, and remove the risk of losing the license.

Namely, KrisEnergy had in April 2020 struck a deal with Kepinvest for a loan of US$87 million in aggregate, aimed for the development of the first phase of the offshore oil and gas project in Cambodia.

The loan was split into two tranches; Facility A of up to US$30 million; and Facility B up to US$57 million. The Facility B utilisation was subject to the lender’s approval.

KrisEnergy, which recently announced the completion of construction of what will be Cambodia’s maiden offshore oil platform, said Wednesday that Kepinvest had agreed to an initial utilization of loan “Facility B.”

“Facility A has been fully drawn down and approximately US$10.8 million has been drawn down on Facility B,” the company said.

“[Kepinvest Singapore] has agreed to a drawdown on Facility B to support the ongoing development of Cambodia Block A (“CBA”),” the company said.

According to KrisEnergy, the Cambodian government has indicated that there will be serious consequences “financial or otherwise” in the event that the first oil deadline is not met.

“Such consequences could include the termination of the concession rights for CBA if first oil production for CBA is not achieved by 31 December 2020,” KrisEnergy said.

“[Kepinvest Singapore] is providing funding from Facility B to maintain the current development schedule for first oil and avoid any adverse consequences associated with not achieving first oil production by 31 December 2020.”

“CBA is a key asset operated by the Group and is expected to materially increase the Group’s revenue and cash flow once oil production commences. The company expects CBA to be the highest revenue-generating asset in the Group after it is developed and is a key asset for the restructuring of the Group. The funding and development of the CBA is therefore key to retaining the CBA asset and potentially generating value for all stakeholders of KrisEnergy,” the company said.

Once online, the Mini Phase 1A Apsara development, which is the first phase of potentially several phases, is expected to reach a peak rate of 7,500 barrels of oil per day.

The first phase will test reservoir performance and evaluate long-term potential of the Apsara field. If successful, this would pave way for more  facilities to be installed for increased production. 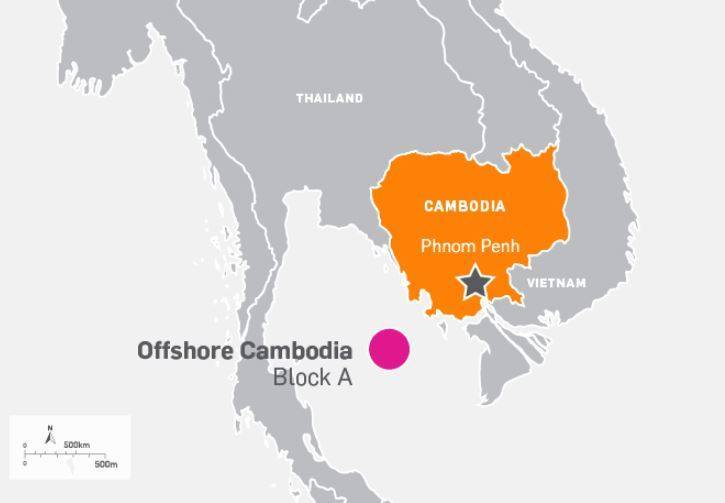 KrisEnergy reminded that it had in July entered into an agreement with Kepinvest for an extension of the completion date of the its debt restructuring from July 15, 2020, to September 30, 2020.

The parties have now entered into an additional agreement for a further extension of the completion date of the Restructuring from September 30, 2020, to November 30, 2020.

In a statement on Wednesday, KrisEnergy also said it had received the cash from BP related to the sale of its stake in the Andaman II production sharing contract in the Malacca Strait, Indonesia, as announced in April.

The Andaman II PSC is an exploration block over the North Sumatra Basin covering an area of 7,400 sq. km. To remind, KrisEnergy in April said the consideration for the disposal of its Indonesia stake was US$15.0 million.

KrisEnergy, which exited the Indonesian block to dedicate its resources to the project in Cambodia, said that the cash received would be applied towards the repayment of the Revolving Credit Facility provided by DBS.