The project, to be carried out by the Amazon Warrior seismic vessel, is for ION’s UK Mid North Sea High (“MNSH”) multi-client project in the southern North Sea, off the UK.

“The Mid North Sea High (MNSH) is one of the last remaining underexplored regions offshore the prolific United Kingdom Continental Shelf and a recent well confirmed one of the first new plays in recent years.  There is limited existing 3D data, providing a unique opportunity to image the entire area in high resolution to better assess future hydrocarbon potential,” ION said.

Shearwater’s Amazon Warrior vessel will spend approximately one and a half months acquiring the initial phase of the MNSH 3D survey in Q3 2020 under an agreement that provides Shearwater a commercial interest and revenue sharing mechanism, Shearwater said.

This survey is part of a larger program proposed by ION to be acquired 2020-2021.

According to the seismic vessel owner, the deal with ION also sets a framework for the use of Shearwater’s vessels for ION 3D multi-client projects with conditional links to potential upcoming projects. 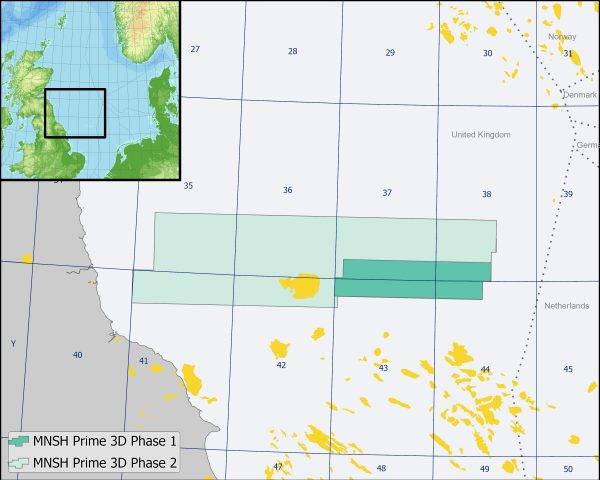 “Shearwater’s modern acquisition technology platform, coupled with our proven imaging capabilities, will assure a high-quality product for our customers as they seek the best data to inform decision-making in this attractive new play. Building on our 3D multi-client reimaging success, finding top tier acquisition partners like Shearwater to support our asset-light entry into the larger 3D multi-client new acquisition market will be critical to executing our strategy.”

“ION has been a technology partner and supplier for years. This new cooperative agreement with ION, and MNSH 3D project, forms the basis for a new customer for Shearwater with the potential for further projects in the future”, said Irene Waage Basili, the CEO of Shearwater GeoServices. “The Amazon Warrior is recognized by our clients as one of the leading acquisition platforms in the marine geophysical industry and will ensure ION achieves excellent 3D data quality.”

On the survey itself, Joe Gagliardi, Senior Vice President of ION’s Ventures group, said: “The Mid North Sea High is close to shore with existing infrastructure, where the relatively low cost of development makes it attractive for existing players and potential new entrants. Recent play-opening drilling ignited interest in this area after oil was discovered last December.

“Furthermore, the UK Oil and Gas Authority is promoting the MNSH as a key focus area for future UK oil and gas exploration.  Block awards for the 32nd UK Offshore Licensing Round are expected to be announced soon, and this data will count towards block work commitments for new and existing 3D seismic. This survey covers an area at least five times larger than any existing 3D data nearby and will provide a new regional perspective for imaging and developing the entire play.”