The final batch of jackets that will support offshore wind turbines at the 950 MW Moray East offshore wind farm in the UK was loaded this week at a fabrication yard in Dubai ahead of the sailaway.

The news was shared Thursday afternoon (CET) by DEME Offshore, which is the main installation contractor at the offshore wind farm project.

The jackets were loaded aboard the OHT-owned Heavy Lift Vessel at Rig Metals  – part of Lamprell – in Dubai. MarineTraffic AIS Data shows the vessel in question is the HAWK, which also delivered the previous jacket batches from the Dubai yard.

It then contracted Lamprell for the fabrication of 45 wind turbine foundation jackets and three offshore substation jackets. The remaining 55 jackets were awarded to Smulders, where the works are still ongoing on the fabrication yards in Belgium and Newcastle (UK)

The substation, a Siemens Energy Offshore Transformer Module, fabricated and fitted out in Hoboken, Belgium by Smulders, ENGIE Solutions, and Siemens Energy, joined the two already installed “sister” units. It is used to maximize the voltage of the power received from the offshore wind turbines before transmitting the electricity to shore.

The project is located on the northeast coast of Scotland with a completion date expected by 2022. When construction is complete, Moray Offshore (East) Windfarm will be capable of meeting the average electricity requirements of at least 950,000 homes in the UK and the wind farm will be able to provide 40% of Scotland’s electricity. 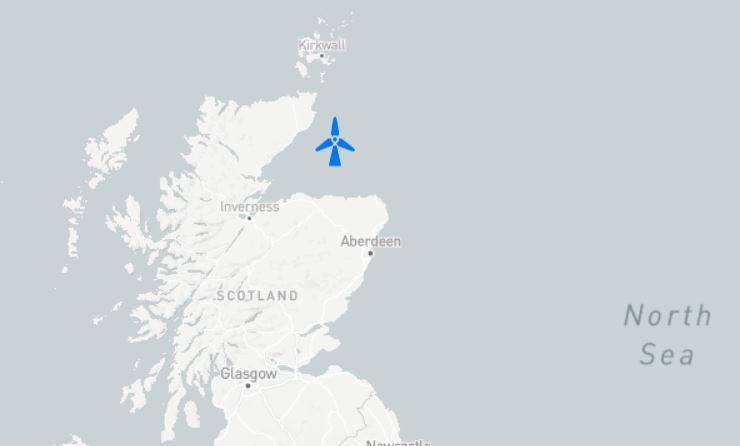