In a report on Monday, Rystad said that CCS in Europe could trigger up to $35 billion in development spending until 2035 – by which time as much as 75 million tonnes of CO2 could be captured and stored per year on the continent.

“In Europe alone, there are around 10 larger projects, with both carbon capture and storage, that are planned and have a high chance of being operational by 2035. Most of them are located around the North Sea in Norway, the UK, Denmark, and Netherlands, but there are also projects on the drawing board in Ireland and Italy,” Rystad said.

While most of the projects are slated to be operational from the mid-2020s, investments and contracts awarded to suppliers will already start to grow significantly from 2021–2023, as most projects have a development timeline of three to five years, according to Rystad.

Rystad said taht total capital investment for these projects is expected to reach $30 billion, in addition to operational expenditure totaling $5 billion until 2035.

“About half of the capex will be consumed by the facilities at the source, with CO2-capture equipment and facility construction making up the largest part. Storage investments will make up 15% and will mainly comprise well-related services to store the CO2 safely in underground reservoirs. Transport and operations take 35% and relate to trunk lines, shipping and infrastructure maintenance costs,” Rystad said.

The first three projects that are due to become operational are Acorn CCS in the UK, Northern Lights in Norway, and Porthos in the Netherlands.

Rystad says the three projects would be game-changers as they will de-risk the overall CCS uncertainty. More than twice as many projects, in count and size, are likely to follow, the Norwegian analysts have said.

“With the projects so far planned in Europe, we expect that 3 million tonnes per annum (tpa) of CO2 capture and storage capacity will be added each year from 2021 to 2025, then jumping to 7 million tpa in the next five-year period 2026–2030. By 2035 we are looking at total installed capacity of around 75 million tpa, where almost 80% will come from UK projects,” the company said.

Currently, Rystad says, there are only two complete full-scale CO2 projects operational in Europe: The CO2 injection projects at Norway’s offshore fields Sleipner and Snohvit, with a combined CO2 capture and storage capacity of around 1.5 million tpa. 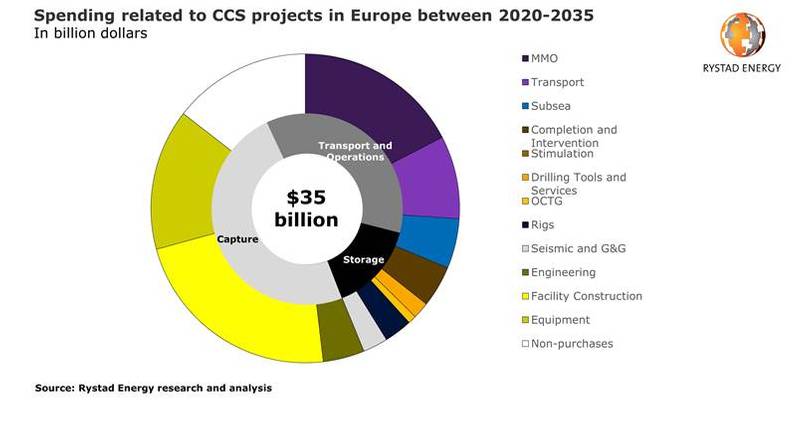 Looking at the bigger picture, Rystad says, Europe has about 1,000 larger industrial sites, such as cement plants, steel producers, fossil power and waste-to-energy plants, that could all be candidates for capturing CO2. About 250 of these of these have reasonable shipping distance to send CO2 to be stored in the North Sea.

Worldwide there could be around 6,000 industrial plants suitable for CO2 capture. Although only a fraction of these sites are expected to utilize CCS technology, the number represents a massive potential for more investments to bring down global CO2 emissions in the decades to come – which could bring new opportunities to contractors that currently get most of their business from the oil and gas industry.

“Developing CCS projects is also an opportunity for the linepipe and oil-country tubular goods (OCTG) industry, with a new market about to open up for suppliers looking to expand beyond oil and gas,“ says James Ley, Rystad Energy’s Senior Vice President of Energy Service Research.

Equinor, Shell, and Total’s Northern Lights CO2 storage project in Norway will for example require around 12,000 tonnes of carbon seamless linepipes for the export line, Rystad Energy estimates, and tenders for these tonnages could be expected soon. For subsea installation, Saipem, Technip FMC, and Subsea 7 are all competing for this job and Rystad believes that Saipem and Subsea 7 are leading the race. 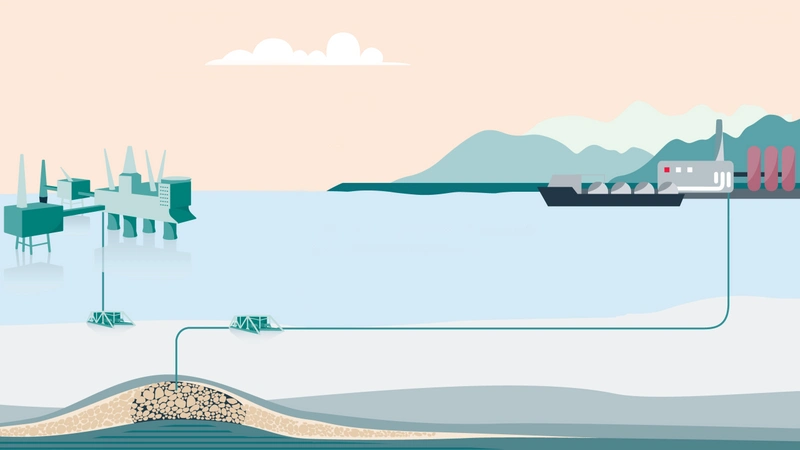 From an OCTG perspective, the initial requirements for Northern Lights are likely to be low as the project just calls for one well to be drilled in the first phase, following a test well drilled in March 2020. This injection well is expected to require high-chromium grades of OCTG tubing. Northern Lights Phase 1 is expected to cost $760 million, with 56% of the contracts going to Norwegian suppliers, Rystad said.

Rystad has also pointed to the fact that several European policymakers and non-governmental organizations (NGOs) have previously indicated they are ready to rule out CCS as a climate mitigation tool, saying the technology is not proven and available and has unrealistic expectations.

“For CCS to have a significant future, it’s therefore important that Northern Lights and Acorn run through their pilot stages to show that this can be a proven technology,” says Rystad Energy’s Head of Energy Service Research Audun Martinsen.

“As standard renewable technologies that have some maturity in Europe such as solar installations and offshore wind farms are increasingly gaining market share, CCS projects will face competition and have to prove cost-worthy,“ says Martinsen.