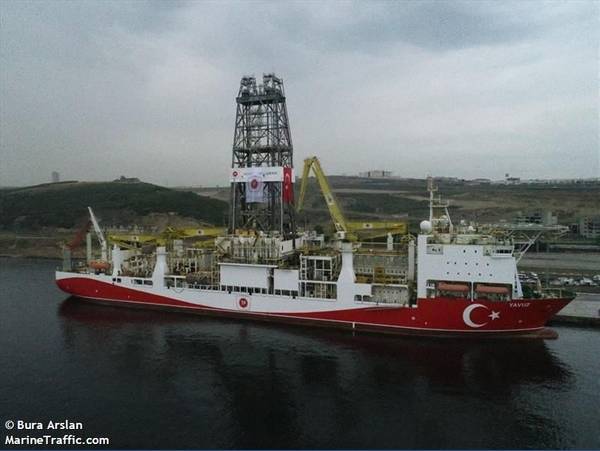 Turkey drew another rebuke from the European Union on Sunday when it said its Yavuz energy drillship would extend operations in disputed Mediterranean waters off Cyprus until mid-September.

Yavuz will be accompanied by three other Turkish ships according to a maritime notice that added “all vessels are strongly advised not to enter” the area.

A standoff has intensified in recent weeks between Turkey and EU-member Greece over oil and gas exploration rights at sea, and even involved a minor collision between their frigates last week.

Turkey’s renewed drilling plan covers a zone delineated by Cyprus and Egypt and raises tensions, said EU foreign policy chief Josep Borrell, who called for an immediate halt to Turkey’s activities and the beginning of dialogue.

“This action runs counter and undermines efforts to resume dialogue and negotiations, and to pursue immediate de-escalation,” he said in a statement.

Cairo and Athens signed a territorial zoning deal earlier this month. While Paris has stepped in to criticize what it calls Turkey’s provocations, Ankara says it will not back down from defending its legal rights.

President Tayyip Erdogan said on Saturday “the language of sanctions and threats” will not deter Turkey.