Macro (GDP) implications of “no deal”.

Not sure there’s any specific comparison, but I can show the Goldman Sachs forecast from early September (in the WSJ survey) and the “no deal” forecast from a couple weeks ago. 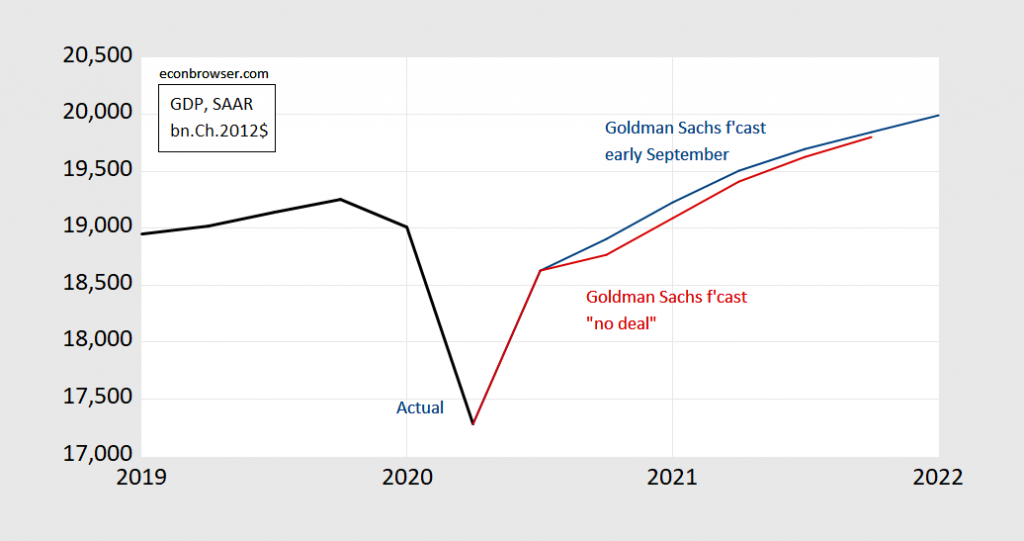 The growth rate in the GS early-September forecast is cut in half (6% to 3%, SAAR) in the no-deal scenario; of course, there are other things changing, but this probably gets at a general magnitude of effect.