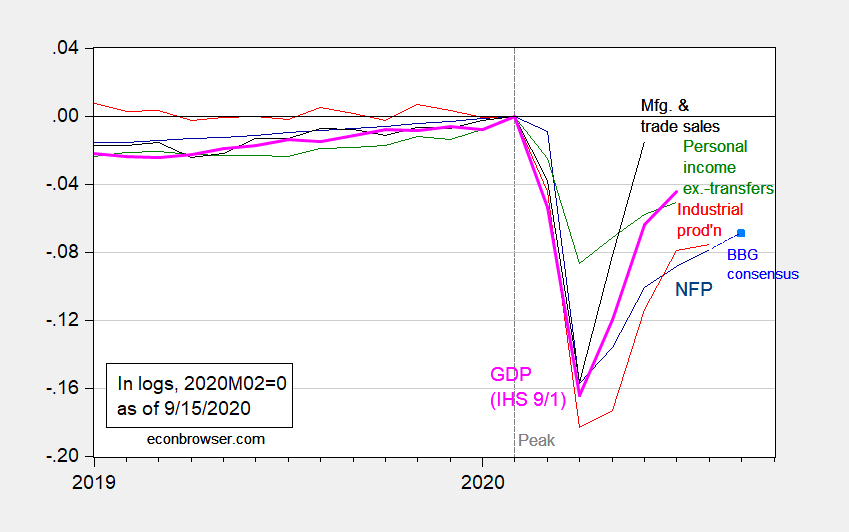 The 0.4% (m/m not annualized) increase was below the 1.0% Bloomberg consensus (although previous month’s value was revised up). Manufacturing production was also lower than anticipated — 1.0% vs. 1.2% expected.