Deceleration continues, according to some key indicators noted by the NBER’s Business Cycle Dating Committee (BCDC). 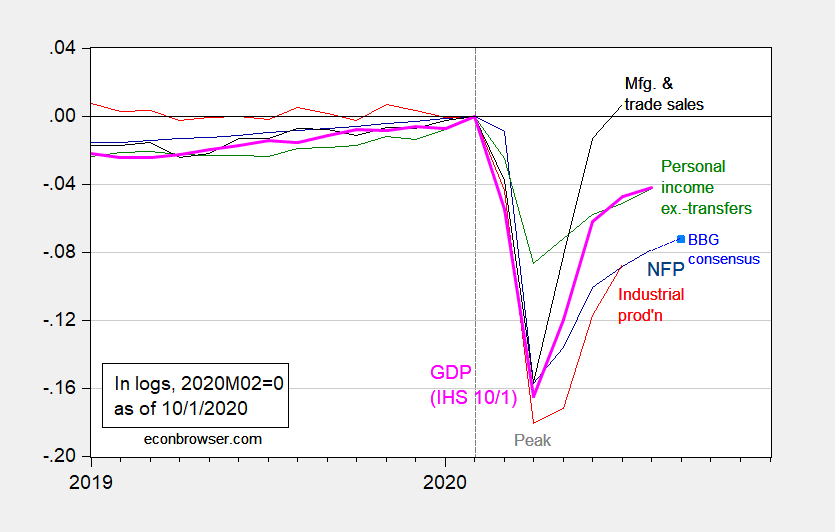 IHS/MarkIt provides a projection of the September GDP number consistent with their forecast for Q3: essentially 0% growth in September. 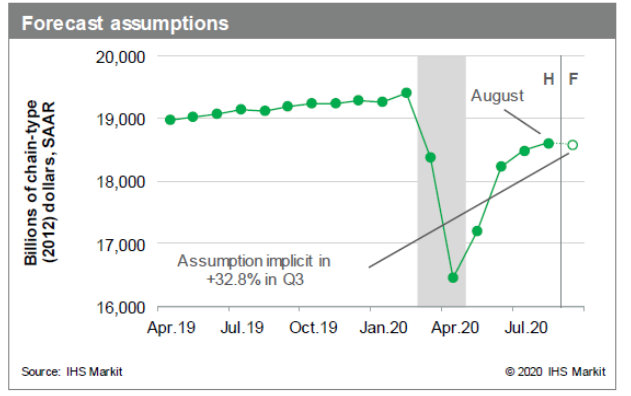 So, we are already decelerating rapidly along a number of dimensions, as passage of a pre-election package becomes ever more unlikely. Deutsche Bank’s conditional forecast is zero growth on Q4. With the political — and hence policy — uncertainty possible in the election’s wake, don’t rule out another leg downward in economic activity.