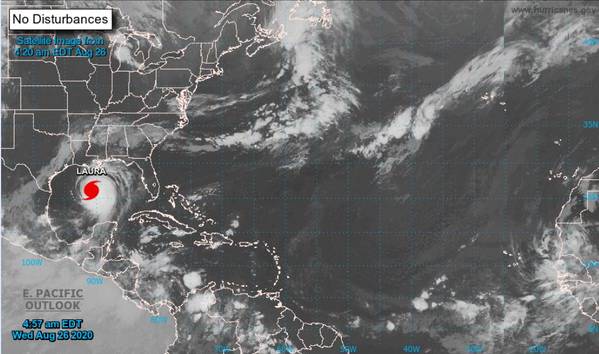 Oil rose towards $46 a barrel on Wednesday, near the highest since March, lifted by U.S. producers shutting most of their offshore Gulf of Mexico output ahead of Hurricane Laura and a report showing a drop in U.S. crude inventories.

Renewed worries over the COVID-19 pandemic, which has squeezed demand and sent prices to record lows in April, capped gains after reports this week of patients being re-infected, raising concerns about future immunity.

“Oil traders will be preoccupied with the hurricane today,” said Tamas Varga of broker PVM. “Once the danger passes, demand considerations will come into focus again.”

The U.S. energy industry was preparing on Tuesday for a major hurricane strike. Producers shut 1.56 million barrels per day (bpd) of crude output, representing 84% of the Gulf of Mexico’s offshore production and close to the 90% outage that Hurricane Katrina brought 15 years ago.

“We do see some support on the back of hurricane activity,” Dutch bank ABN AMRO said in a report. “The threat of being infected by the COVID-19 virus threatens a further recovery in oil demand.”

A record oil output cut by the Organization of the Petroleum Exporting Countries (OPEC) and allies including Russia has helped to lift Brent from April’s 21-year low below $16.

The U.S. government’s Energy Information Administration report at 1430 GMT will be in focus to see if it confirms the API figures.