Munich/Shenyang. The BMW Group continues to drive the expansion of electromobility and is adapting its production structures to growing demand for fully and partially electrified vehicles. In China, the BMW Brilliance Automotive (BBA) joint venture has expanded its battery factory at the Tiexi location, the so-called “High-Voltage Battery Centre”, with a further battery centre that will immediately begin producing the new and more powerful batteries of the fifth-generation BMW eDrive technology used in the fully-electric BMW iX3*.

The new High-Voltage Battery Centre was officially opened today at a formal ceremony attended by high-level representatives of both the Chinese government and BBA. Representatives of the BMW Group attended the event virtually.

Milan Nedeljković, member of the Board of Management of BMW AG, responsible for Production, said at the opening ceremony: “China is of high importance to the BMW Group, both as a market and as a location for production and innovation. Our investments underline our strong commitment to China and Shenyang over the long term. And the investments are ongoing: The Tiexi and Dadong plant extension projects are well on track. And we are preparing for future growth: With this new Battery Center, we more than double the capacity of our local battery production in China.”

BBA President Dr. Johann Wieland added: “The expansion of our High-Voltage Battery Centre is concrete proof of our commitment to continue investing in Shenyang, Liaoning and north-eastern China. It also shows our determination to take a leading role in sustainable mobility, as we launch our pure electric BMW iX3.”

China is the BMW Group’s largest single market and sets the tempo for e-mobility around the world. With five electrified models currently available, the BMW Group offers Chinese customers the widest range of options in the premium segment. There are already a total of 75,000 electrified BMW models on China’s roads today.

Production of the new fully-electric will get underway at BBA Plant Dadong by the end of September. The high-voltage batteries it requires will be supplied by the nearby new battery centre. The BMW X3 is the first model available with highly efficient petrol and diesel engines incorporating 48-volt mild-hybrid technology, with a plug-in hybrid drive train, or as a pure electric model. 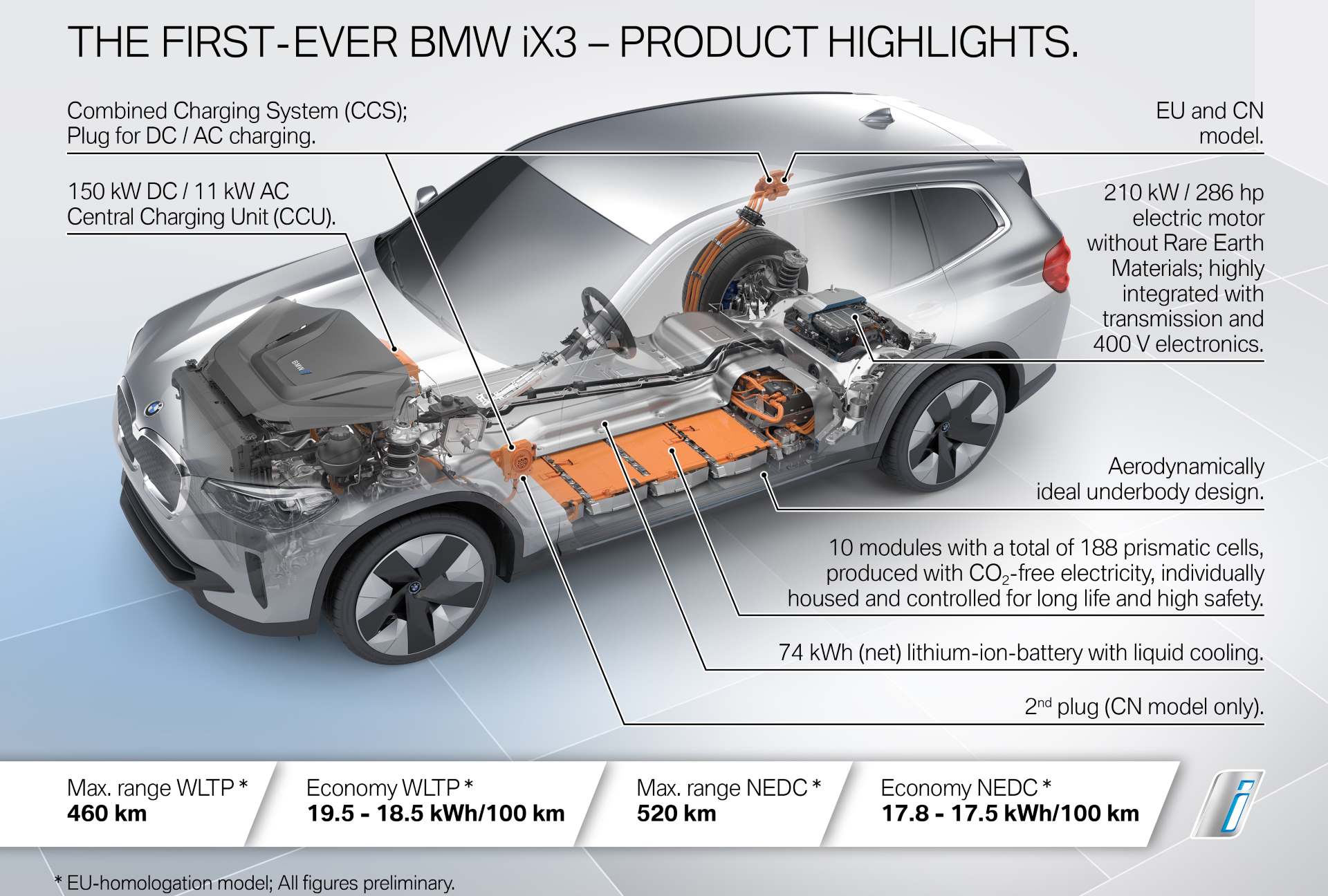 The BMW Group has more than ten years of deep in-house expertise developing battery cells. All know-how flows into precise specifications for battery cells to then be manufactured externally. Systematic research and development efforts not only steadily enhance performance and energy density, but can also continuously improve all relevant battery cell characteristics. Considering all relevant aspects as a whole – especially durability and safety, BMW high-voltage batteries represent the best that can be achieved today. At the same time, the newest battery generation has also been able to reduce the amount of the cobalt used as a raw material by another two thirds. Compared to the battery cells widely used by the BMW Group in its fully-electric vehicles in the past, the battery’s gravimetric energy density has been improved by about 20 percent at cell level in the BMW iX3. The BMW Group is sourcing its own cobalt and lithium for the first time and supplying these raw materials to its battery cell producers.

As a leader in sustainability, the BMW Group has also reached a contractual agreement with its cell manufacturers that they will only use green power to produce fifth-generation battery cells. In future, fifth generation high-voltage batteries will also be produced at the BMW Group Dingolfing plant The BBA Brilliance Automotive joint venture was founded in 2003 and has become one of the most successful premium automobile manufacturers in China in recent years, encompassing production and sales of BMW automobiles in China, as well as local development tasks. In 2019, the BBA automotive plants in Tiexi and Dadong produced over 530,000 vehicles for the Chinese market – an increase of more than 9% year-on-year. Maximum capacity at the two plants will reach 650,000 units per year over the coming years.