What the heck is a tabless battery, and why is that important?

This is the first article of a series to try to explain the complex technical new battery technology Tesla presented at Battery Day in simple words that a 10 years old can understand. 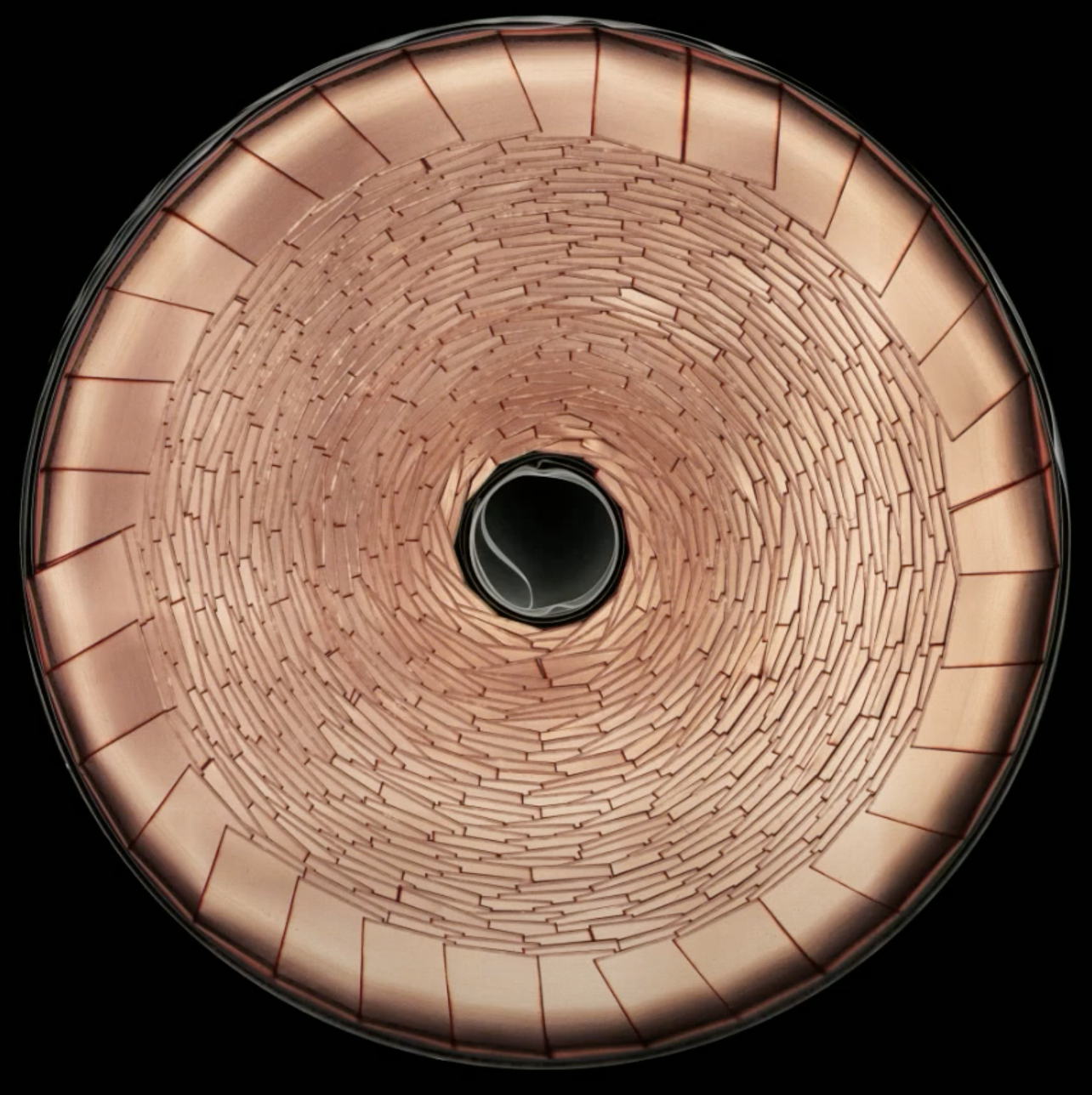 A better description of tabless batteries is multi-tab batteries, because the new Tesla battery technology has many tabs, not none. It may look at first glance like it has no tab at top, but the folded pins on top that you see are one tab each. I count many. And below the folded ones on top maybe even more — we cannot see. Each tab has the same function, and that function is best explained with the following scenario.

Imagine you are in a stadium or arena and you watch your favorite club, player, or band perform. Everybody is in good mood and energized. The stadium is fully packed up to the last seat. After the event is over, all are heading to the one exist available at the same time. People are jamming, queuing, and waiting to get out. More and more people arrive who had come a long way from the opposite side of the stadium and are also trying to somehow get through the masses — because they want to leave, and they want to now. But the exit is just too small for all of them. The atmosphere is getting aggressive and heats up. Security is around trying to prevent injuries and turmoil, hoping to get the situation under control. Security is delivering water to the crowd to cool everybody down.

The same is happening in a traditional battery where the one tab is the one exit in a stadium. The people in the arena are the electrons trying to get through the exit tab and bumping up against each other, queuing and jamming until they heat up. It takes a long time until the electrons from the opposite side of the battery make it to the tab, but it’s the only exit available, so they hurry, and by doing that heat up and jam up. Cooling is required to make them slow down and make them leave in an orderly way. Heat makes the structure expand, and that can cause damage if it happens too fast, and it’s also a waste of valuable energy. You have certainly touched a hot/warm battery before — that heat is lost energy you cannot use any more for whatever appliance you intended to use the battery.

Now, imagine you have a stadium with a huge amount of exists equally spread around the stadium and every person who watched the game has only a short distance and stress-less exit because fewer people are trying to leave per exit at one time. More make it out quickly and while keeping their cool. You don’t have a huge crowd of people jamming up and waiting to get through. Instead, everybody feels it is moving fast and sense the progress. People are relaxed and exit without stress, anger, or heat in an orderly manner. You do not need to invest in additional security, provide water, or take other measures to cool the crowd.

The new stadium I’m talking about here is the new “tabless” battery from Tesla.

Electrons or people can easily get in and out, which means the battery can charge and discharge easily without heating up, getting stressed, or waiting a long time. In other words, the battery charges faster and with less effort, and you do not need to cool it because you do not have a lot of heat anymore. Even better, you also will be able to discharge the battery faster, which means that you have more energy available in a shorter time frame. For a battery electric vehicle, this means much faster charging times and better performance (since energy can be more quickly discharged than before). Because it means less stress for the battery and it expands less, the battery will last longer, with more possible charge and discharge cycles in its lifetime. It will be more efficient because you do not lose much energy through heat anymore and that energy is now available for driving. You save the energy you spent on cooling too, and that energy is available for driving as well.

Tesla may have presented the 1 million-mile battery at the event without telling us.

What Tesla presented at Battery Day is the best of all worlds. To have that technology available makes everybody who doesn’t have it look outdated and obsolete. Tabless batteries are a big deal.

The remaining challenge is to produce them in high volume in a short time frame, which is an execution and manufacturing challenge that will be solved. Tesla is producing these batteries already today, as confirmed by Elon Musk, and they intend to get better over time, with increasing productivity.

All investments incumbents are making into non-tabless battery technology is a lost investment.

Everybody who after Battery Day calls batteries commodities deserves to be fired for incompetence.