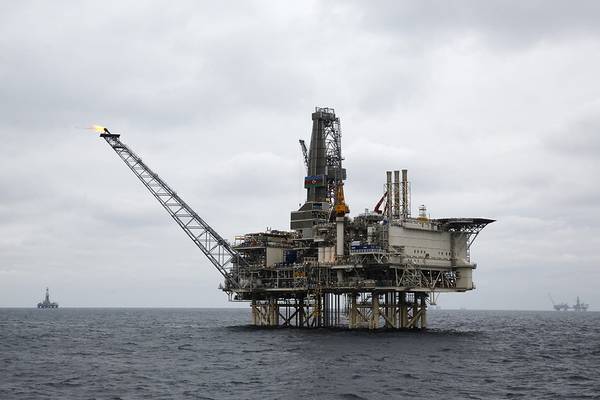 For illustration only – An offshore oil platform in Caspian Sea – Credit: BP

Azeri state energy company SOCAR said on Tuesday the country’s oil and gas infrastructure was safe thanks to measures taken by the army over military conflict in the region of Nagorno-Karabakh.

The worst spate of fighting between Armenia and Azerbaijan since the 1990s raged for a third day on Tuesday and the civilian death toll mounted.

The clashes have not so far taken place near the major energy assets.

Ibrahim Akhmedov, a spokesman for SOCAR, told Reuters that the country’s oil and gas infrastructure was operating normally and that its exports were being carried out as usual.

Oil major BP said the business operations at its projects in Azerbaijan were continuing as usual.

Analysts said on Monday that military clashes between Armenia and Azerbaijan over the territory of Nagorno-Karabakh have not affected energy supplies from the region, but could disrupt oil and gas exports should the conflict escalate.

Azerbaijan’s primary route for oil exports is the Baku-Tbilisi-Ceyhan pipeline, which accounts for around 80% of country’s oil exports and runs via Georgia and on to the Turkish Mediterranean coast.

It has capacity of 1.2 million barrels per day, or more than 1% of global oil supplies.

BP is leading the international consortium developing Azerbaijan’s giant Shah Deniz field, which is expected to make its first deliveries to Europe later this year.

(Reporting by Maxim Rodionov in Moscow and Nailia Bagirova in Baku; additional reporting by Vladimir Soldatkin in Moscow; Writing by Gabrielle Tétrault-Farber; Editing by Mark Trevelyan and Ed Osmond)